On the rise, Billie Eilish 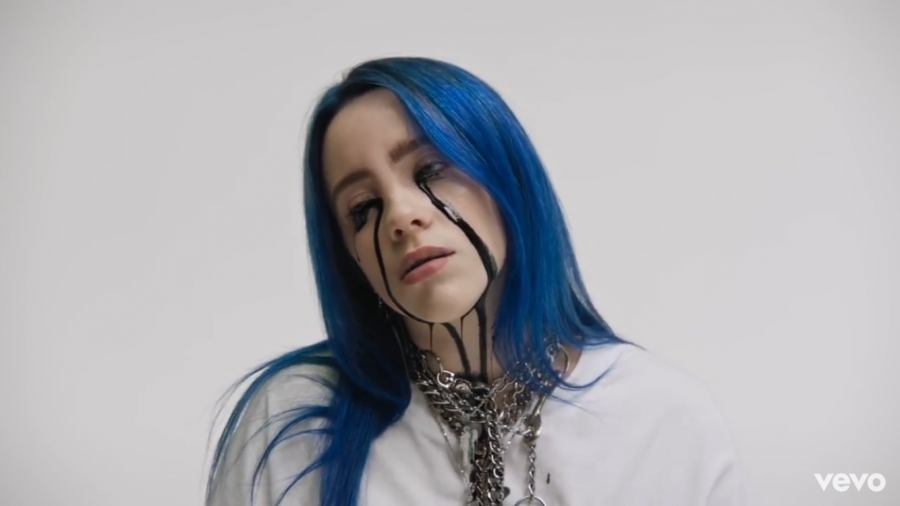 From the album dont smile at me to the single lovely, sixteen year-old singer/songwriter Billie Eilish never fails to step up to the plate. Her songs emphasize struggle with self deprecation, unrequited love, loneliness, heartbreak, and trying to keep her originality. Her most recent song, when the party’s over, debuted on October 17th, is about the end of a relationship.

The song starts off with the words: “Don’t you know I’m no good for you?” and then later says, “Tore my shirt to stop you bleeding/But nothing ever stops you leaving,” representing the harsh reality of breaking one’s self down to build another up. Everyone experiences heartbreak, which is why Eilish is so easy to relate to. 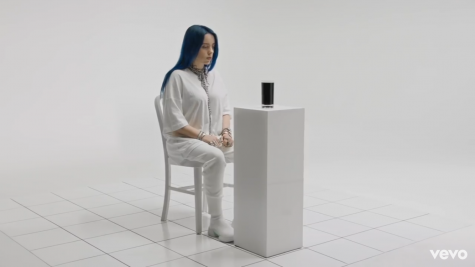 The song then goes on to say, “Don’t you know too much already?/ I’ll only hurt you if you let me,” describing a toxic relationship and how she does not want her significant other to leave but if he/she stays they could get hurt, even though she herself is already hurt. Describing such a relationship, it is easy to see that Eilish is going to hurt either way. Based off of these lyrics, the message in them could be that people have to do what is best for them even if it is not necessarily the outcome they want.

The music video for when the party’s over dropped on October 25, 2018. The video features Eilish in an all white outfit sitting in an all white room. In the beginning, Eilish sits behind a glass of black liquid and struggles to bring herself to drink it. With her hands tugging her shirt out of, what is assumed, nervousness, she drinks the liquid. After setting the glass down, black tears drip from her eyes and mouth evoking powerful, skin crawling thoughts within the audience who had no idea what to expect. It then ends with, what is assumed to be, Eilish’s death as the screen pans out and copious amounts of black liquid drains on the floor. The idea for this video came from a fan drawing that was given to Eilish in Montreal. In an interview with Q on CBC, Eilish states, “It somehow got to me…It got to me and it was just this drawing, just a drawing of me, and my eyes were black, and they were leaking black ink. I immediately came up with a whole video [based off of this drawing]” Eilish also talks with teens react about her music videos, “I think of myself more as a visual artist than anything else. Visuals come first for me, so even when I’m making music, I’m thinking about the visual beforehand.” 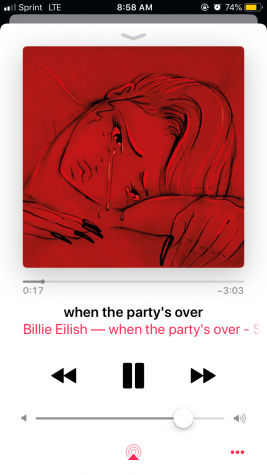 The young artist’s career has grown a lot within one year. In 2017, Eilish had 257,000 followers on instagram. In just one year, her follower count has grown by 7.2 million, setting her at 7.5 million followers total. In early October of 2017, her most liked picture on Instagram was a picture of Eilish and Charli XCX. As of October 18 of 2018, her most liked picture is of Eilish smiling, with a like count of 2,005,324. Based off of the interview Eilish had with Vanity fair in 2017 and 2018, Eilish’s fan count has risen tremendously. She states, in 2017, her biggest show performed  was at the Crocodile in Seattle in which she performed in front of 500 people. In 2018, she performed in Atlanta at music midtown in front of 40,000 people. Eilish has also been in Ellen, Jimmy Fallon and performed at many festivals since 2017, one of which was Lollapalooza.

However, Eilish has not made the journey alone. She says that she does all of her songwriting with her older brother, Finneas O’Connell. “Finneas is really good at writing music, whatever [music] comes out of me and [Finneas] is the realest I think”

With her career on the rise, Eilish is way more than just a one hit wonder. She continues to make rich, raw songs and music videos that capture her true essence as a singer/songwriter.