Review: ‘Thank U, Next’ by Ariana Grande 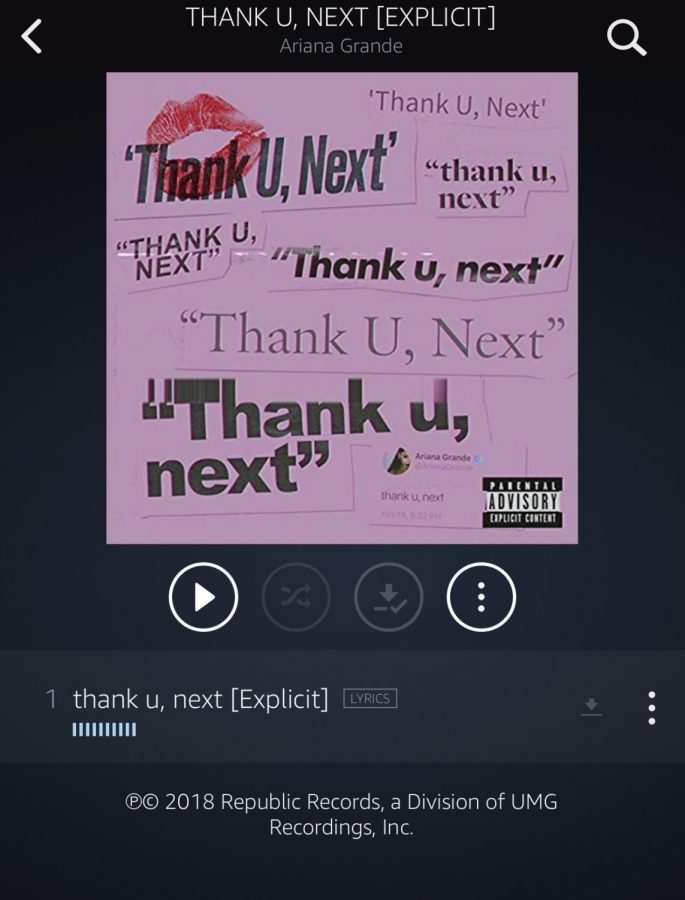 Ariana Grande’s latest song was very emotional and revealing. She talked about all of her failed relationships during the song after her latest break up, when she broke off her engagement with Pete Davidson.

The song was very emotional, but she didn’t just go on a rant and say all the bad things her exes did. She talked about all of the things that they taught her and what the good qualities in their relationships were:

“One taught me love

One taught me patience

And one taught me pain

But that’s not what I see

So, look what I got

Look what you taught me

And for that, I say

When you look at these lyrics you can see that she is not dwelling on the past and saying how bad all of her exes were, but rather saying what good came out of all of her relationships and how she has grown because of them.

She talked about each one individually, they all knew about the song and how she was going to talk about them before it was released, and even gave their names in the beginning of the song. She also addresses how people think that she moves on too fast. For example, one of the lyrics is “This one gonna last,” after she goes on to say her name.

There is another part in the song that talks about her mother and father. During this part she talks about walking down the aisle. She then goes on to say how she only wants to get married once, and this means that she didn’t think that this marriage would last. I think that this is a good line because of her recent break up with Pete Davidson, maybe she is saying how she thought that it wouldn’t last because maybe there was something wrong with their relationship. I take that her recent breakup was really what made her write this song, and that she wouldn’t have if she didn’t break up with Davidson.

Overall this is a good song because it gives an idea of what she is feeling and how she has been trying to keep her head up through everything. It is not a really sad song. It is more focused on talking about all of the good things that came out of her relationships and events that have happened to her, and not focusing on the bad things like she could have done.