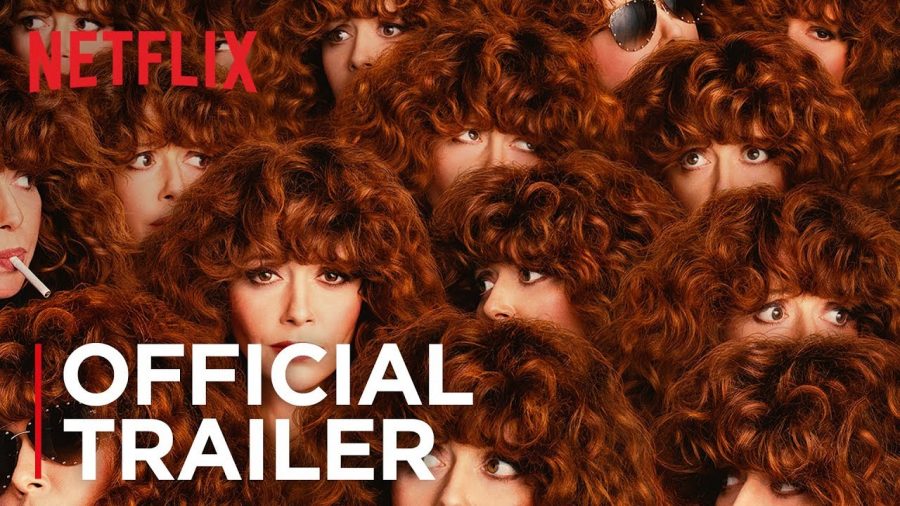 “Russian Doll” is a Netflix original show that stars Natasha Lyonne. Lyonne plays a woman named Nadia who is stuck in an infinite loop of life and death. Her 36th birthday is not as it seems. The show is at first glance a replay of the classic comedy “Groundhog Day.” It also could be seen as a spin based on the movie “Happy Death Day.” But “Russian Doll” is completely its own story and I love it.

The show captures Nadia dying over and over, whether it is from something falling on her, getting hit by a car, or something else. The show isn’t just about a girl reliving a day multiple times; it has deeper, hidden messages.

When Nadia discovers that she has a strange relationship with a man named Alan, they figure out that they both are reliving their day and that they die at the same exact time. They both try to get as far in the day as they can but then they die of sickness or natural causes. This makes them both wonder what the deeper meaning behind the loop is.

When Nadia dies she appears in her best friend’s bathroom with the song “Gotta Get Up” by Harry Nilsson playing. She opens the bathroom door to find the same people walking into the bathroom. Nadia comes out to her huge birthday bash, drug-fueled laughs, and her ex-boyfriend.

She runs out of the party to find herself on a dark street. Every time she sees the same homeless man.

Once she and Alan meet and discover their matching “death certificates” they work together to find out why it’s happening. Towards the end of the first season of this dark comedy the viewers look into Nadia’s childhood. We find out that her mom was abusive towards her and that she ended up leaving her mother later in life. This has always been something that Nadia feels bad about and regrets. As she travels through the same day, she sees what seems like hallucinations of her younger self. She learns that she needs to forget the past and forgive herself.

As for Alan, he quickly learns that on that day his girlfriend was going to confess cheating on him. He was going to propose that day as well.

As the story plays out, Nadia becomes aware of more people and details in her environment. Although they were always there, she never noticed them before. Ultimately,  Nadia hooks up with a man, Mike Kershaw. He ends up being the homewrecker for Alan and his girlfriend, which Alan and Nadia believe makes them connected.

In the end Nadia and Alan get stuck in two different dimensions. This causes them to forget each other. So they both have to convince the other person that they know them by talking about shared secrets. They win each other over and become best friends for life.

“Russian Doll” was a fantastic, mature show with changing tones and story lines. It definitely keeps the viewers on their feet. I would recommend watching it for some dark humor, twists and turns and a good story line.