Why we chose not to give 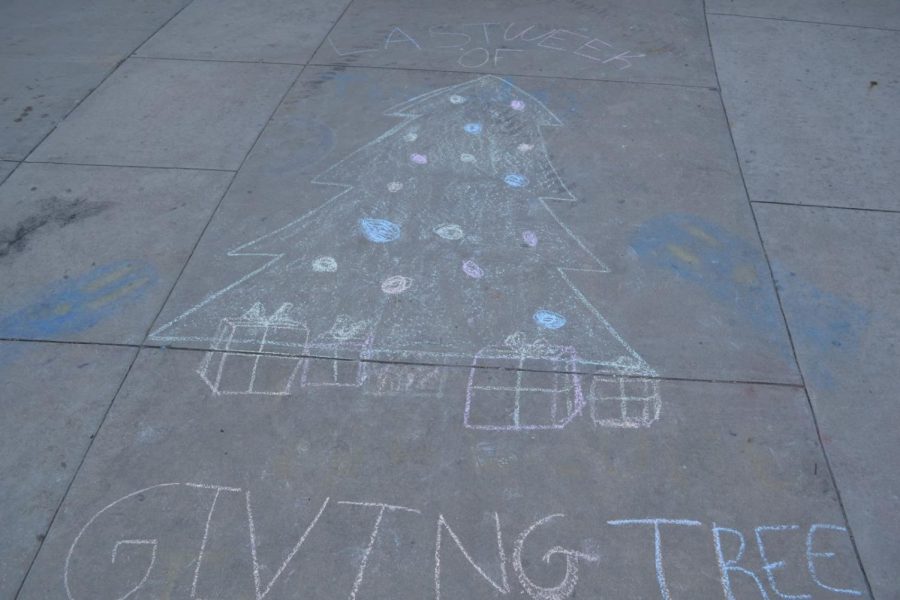 Around the holidays there is an essence of giving and kindness but what happens when people stop giving? The bottom line is: people are not giving anymore. Whether it is donating toys and clothes, or giving money to an organization, a person donated $872 on average (in 2015) as opposed to $1,024 per person in 2005 according to FastCompany.com. Along with lower amounts of money and items being donated, but people are less generous with their time as well. People have been volunteering 11 percent less from 2000 compared to now. There are many reasons for this, and it can affect any community, big or small.

For the remaining weeks of class before Winter Break, A-West English teacher, Angie Dyer and the National Honors Society, or NHS participate in the Giving Tree. Dryer is the teacher sponsor of NHS.

“The giving tree is a National Honors Society based event that we do every end of November to the start of December, where we ask our counselors along with our social workers to pick families that they work closely with that don’t have the ability to have a holiday season,” Dryer said.

The Giving Tree project helps A-West families who are in need of financial help with holiday gifts. The Arvada West counselors find the families most in need and hand NHS the list of desired items, but the list does not consist of names.

“This year we have nine families and that’s the most families we’ve ever had before…normally, we only do around five families, because it’s one family for counselor,” Dryer said.

It is evident that people are not giving as much at they used to. Pew Research suggests that the reason why people do not give as must as they used to is because of religious affiliation.

“The number of people who identify as religiously unaffiliated in the U.S. skyrocketed from 36 million in 2007 to 56 million in 2014, as religious affiliation–particularly among Christian faiths–declined.” Lots of religious group, such as the Salvation Army, spread awareness during the holiday season, asking for donations for many people for many different causes such as hunger, addiction balance, and religious purposes. With the decline of religiously affiliated people, a possible reason for why people are donating less could be tied to the fact people with no religion, people will not donate to a religious cause.

The Giving Tree does not have anything to do with a religious movement. Although roughly $800 has been collected in over two weeks, toys are not being sent to NHS. People can  either donate by giving a money or taking a tag with a desired toy listed on it.  Then the person who received the tag would go get the family they selected a present. More people are just giving money instead of getting the needed gifts.

Dryer said that donating “requires too much effort. If we care about our fellow human beings and if we had school pride, it would not be as hard to give. When it comes to donating money, people are much better at it because it does not require much thought… taking a tag to get gifts requires further thought, requires more giving opposed to [saying] ‘Hey, I’ve got a penny, take my penny and go away.”

When NHS students come back from collection donations from freshman connection classes, the money made is much more than upperclassmen. This could be possibly due to school spirit–how being a part of a community is what freshman are excited about. Seniors have cars, need gas money and can get lunch, things freshmen do not have to spend money on.

Although people are giving less and less, people will always be in need. Whether there is a certain motive or ‘reward’ that comes when you donate canned food or money, the Giving Tree does not play that game. As Dryer said, “community service should be a self sacrifice.”

“If everyone else in the world is selfish but we here at A-West can change our perspective and see the value in it, then maybe we can ingrain it in a few young minds [so] as they go out in the world, they can make a difference.”