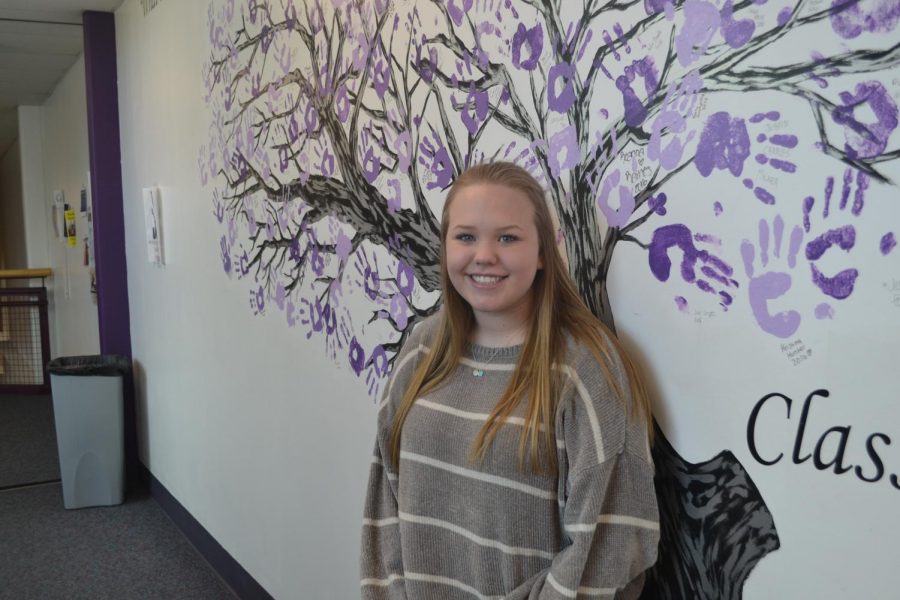 Freshman class president Brooke McCabe is hoping to continue her leadership as sophomore class president. McCabe is in volleyball, the Arvada West Student Council (StuCo), and involved in the prom committee. Her slogan is “I’m not a rookie, vote for Brookie.” She is also giving out cookies because of her nickname “Brookie Cookie.” McCabe has also used social media to campaign and says “Social media is a really good way to get out information.”

While in StuCo, McCabe ran teacher appreciation week and has helped with other various StuCo events. With the prom committee McCabe says “We’re putting together prom right now and it’s in three weeks at the museum. So, right now I’m on advertisements as well as the invitations that just went out.”

McCabe says she is running for sophomore class president because “I think I can give a good voice for the students that we have as sophomores. I know a lot of people in the sophomore class. I also know variations of people so I can get ideas from one group and others from another group.”

McCabe also explains how she will fix the blood drive: “The problem this year with not getting it in the big gym is that they didn’t let the gym people know about the blood drive until a month before the blood drive so there was no time to plan. As well as having more contact with the association that does the blood drive to get more people to come out to give blood.”

She says that she wants more events like the walkout on March 14 to happen.

“Student council has the power to make things happen. If somebody in the class would want to do something like that then they could come to me.”