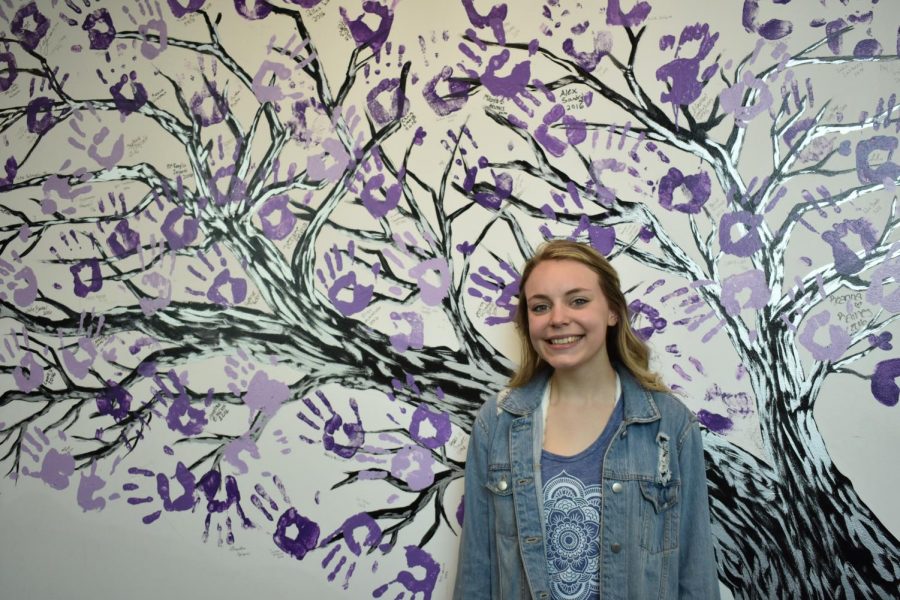 As an involved student in her community, Ferry has been the stage manager for four shows. In Ferry’s sophomore year, she was introduced to the position of stage manager. She takes care of organizing, gathering information, and carrying out tasks that relieve pressure from the director.

“I got thrown into being a stage manager. I had no idea what I was doing. I was really shy, and I didn’t know how to talk to people. It [being the stage manager made me realize]  ‘Wow, I have to confront people.I don’t want to do this. But, it has helped me balance my time, and communicate with people. I’ve talked to people outside of school; It’s been really helpful because I think the hardest thing [in life] is putting yourself out there. I’ve really learned to balance it and be more confident as a leader through managing the stage,” says Ferry.

This position of leadership has helped her grasp confidence in speaking to people.

She is also the social secretary in the Arvada West Student Council–more commonly known as StuCo–where she works on organizing class events for StuCo members to bond. Being in StuCo has helped Ferry develop a stronger sense of communication.

“I’m just proud of putting myself out there and being able to be a leader, which is something I never thought I could do because I was so shy. I think how much I’ve grown as a person  is my biggest accomplishment [in StuCo].”

Bringing people together is important for Ferry. “I think when everyone is divided and not on the same page, and we have so much to do that we aren’t going to get anywhere. I think being united as one is what I really going for,” states Ferry.

Her main goal if elected is to get every individual’s voice heard. “I feel like in our school we lack communication with each other, especially with presidents, and the student body and getting information out there. The main thing I want to focus on is getting everybody on the same social media, somewhere they can communicate with each other and being that liaison for them is something I really want to do.”

Ferry is hopeful and has put up posters to get her name out to the student body. The elections take place on Thursday, April 19.