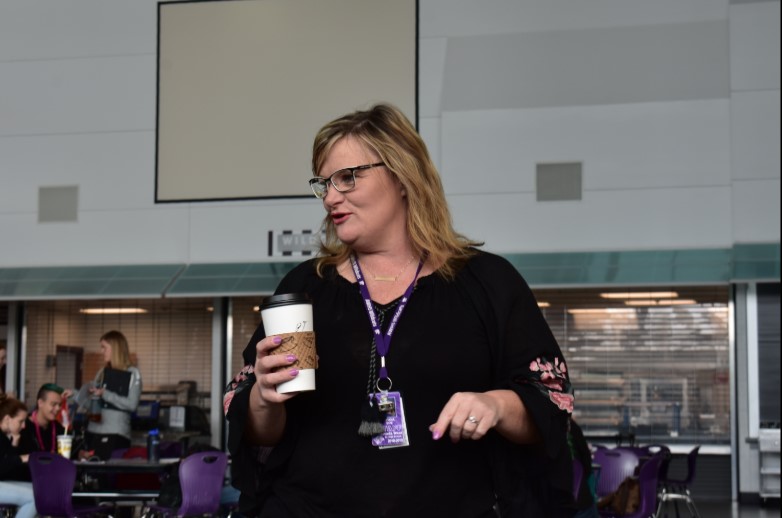 Starting the new 2018-2019 school year for Arvada West, former security guard Shana Boe gained a new job where she helps at-risk students get back into a routine and be successful in school as well as their everyday lives.

Boe has quite the history when it comes to working with kids. Boe has been with students for 28 years now, which became awfully boring for her. She states that being a security guard became easy, and was fairly indirect as she was merely an enforcer for school policy. However, with her new job she is able to work with students directly, which is something she states that she has wanted. Along with the new challenge this new job entails, this directness acted as a very taunting incentive for Boe.

With her new job, Boe does many things with the students that she was unable to before. For instance, she states that she now works with the CATS program with Mr. Vaughn, and the all-girls study hall during first period with Ms. Evans and Ms. Mulvaney. Aside from these co-op tasks, she even makes the occasional home visit with students who don’t attend school regularly, in an attempt to incentivize them to attend school.

“I wanna make a difference,” Boe states. And with her new job, it seems as if she is on a great path to making more of one than she has before.