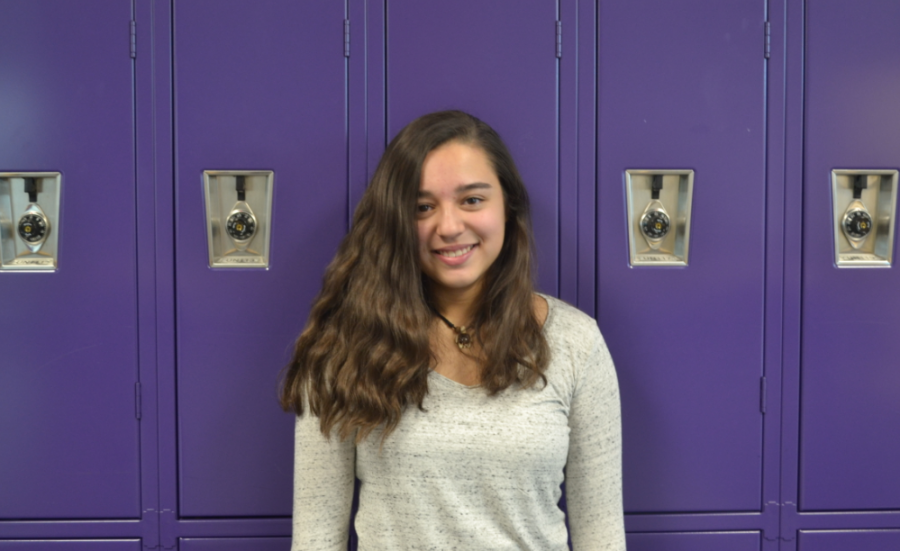 Sarah Lutrey is a sophomore at A-West. What some might not know is that she is on the school’s diving team and a figure skater. She started diving because her older sister was a diver and she would always go see her meets.

“It was so cool to watch them flipping in the air. My sister also really wanted me to get started in it so I thought, why not?”

“Basically we warm up and then we run through all the different dives that we are able to do. When we finish that we start to work on learning new dives.”

“I just feel more comfortable figure skating. I’ve been doing it for much longer and skating is almost like second nature for me.”

The diving team does not technically have teams. A diver can start competing when they have enough dives.

“It took me most of the season last year to get up to competing level. I was only able to compete in the last two or three meets. So I was really excited to really get into competing this year.”

She recently hurt her back which affected her ability to do one of the things she loves.

“I believe that I stressed the muscles around my SI joint in my back. So I have to do physical therapy to re-stable it.”

Lutrey used to go to the diving team practices after she hurt her back to see what they were working on. She stopped going to practice because all she could do was sit and watch. She could not take part in what they were doing and learning.

“The fact that I can’t participate honestly makes me feel horrible. Because I love doing sports and I can’t do anything. Like, I was starting doubles in figure skating and now I can’t do those. And I’m missing most of the diving season for my sophomore year. I don’t know it just makes me feel so left out seeing everyone doing the things that I love to do.”

Lutrey has to be cleared by her physical therapist to start doing any sports again.

“My life just feels so empty without diving or skating. Like, that’s what my life revolves around. In the meantime, I’ve just been focusing on my physical therapy and easing back into things. I can’t wait to actually start doing things again.”