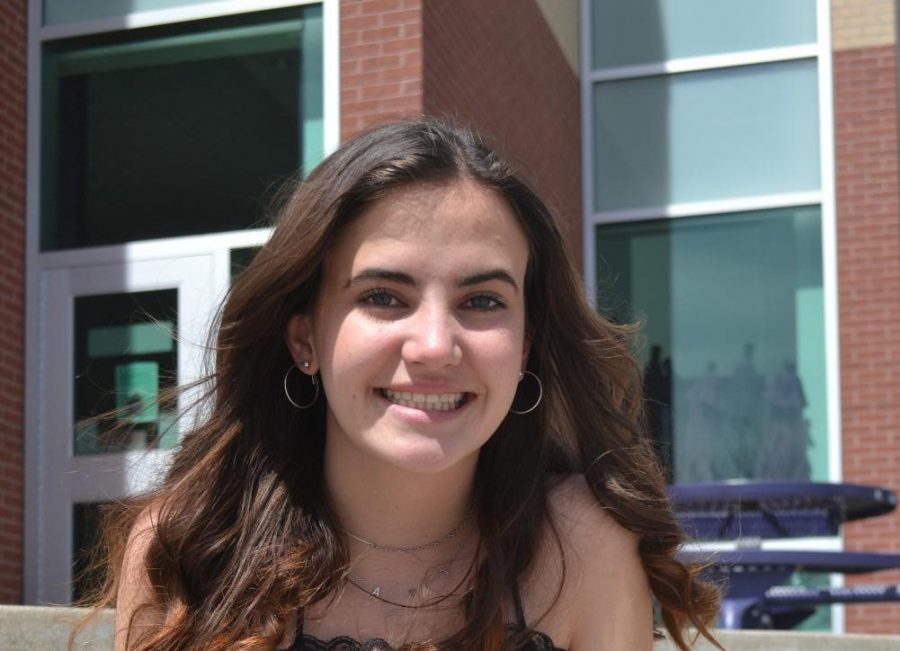 Meaghan Towslee, a sophomore at A-West, is running for junior class president with the hopes of  making prom next year one for the student body to remember.

Towslee has been in student council since her freshman year and would “really like the opportunity to plan prom next year,” she says.

She is on the prom committee now and is working on advertisements and decoration plans. She believes listening to the overall planning process, like how it starts with a broad idea and gets more specific, will prepare her for planning prom next year should she win the position.

“I have an idea of the general format of planning such a big event,” says Towslee.

In the past, Towslee has been on two assembly committees, Senior Daze, teacher appreciation, and the powderpuff tournament.

Towslee is also a varsity pom, an experience she says has helped develop her into a stronger leader. She says poms takes a lot of courage, especially dancing in front of large crowds at assemblies and sporting events.

“You have to be your most vulnerable self. So I think that will help in a leadership position because I know how to be vulnerable but act confident in front of a crowd.”

Towslee’s main goal with planning prom next year is to make sure it reflects the desires of the student body.

“I’m a people pleaser, so I just really want prom to be what the people want. I think keeping in mind what everyone wants and trying to make everyone happy will make me a good candidate.”