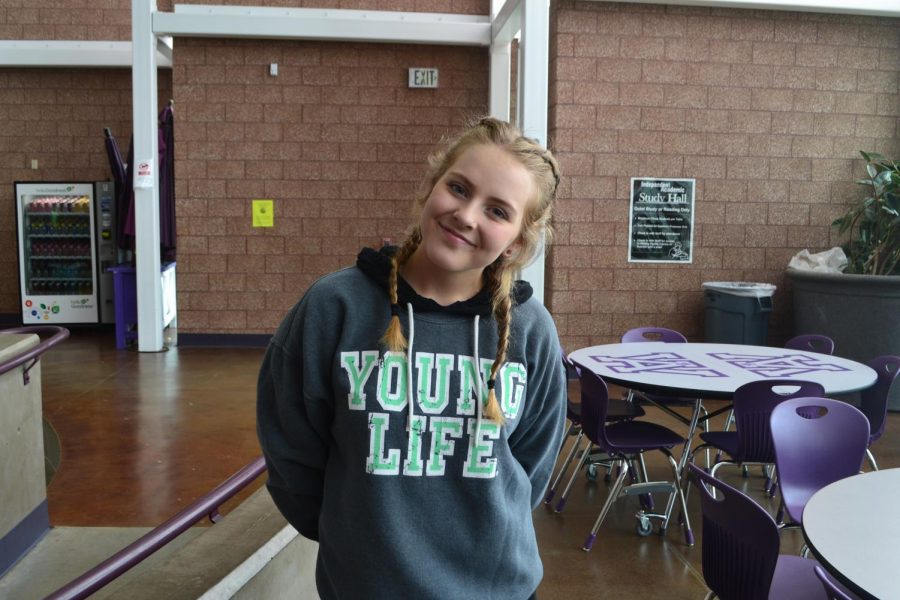 Vivienne Shack is a freshman at A-West who plays on the A-West softball team. She began playing soccer but started playing softball because her brother played. Shack loves the competition and the social skills that she has acquired during her years of playing softball. She and her team take an interesting toll on fundraising to help them afford certain needs.

“I work bingo at a place called Oasis Bingo,” Shack says. “Basically a certain part of the proceeds go to saving up for our trips and our uniforms and certain other expenses that have to do with softball.”

Players take turns on leading bingo night. Most of the girls work a few times a month. Some only had to a few times in a year. Shack expresses that they try to share.

“I only have to technically work it like twice a year but other girls would have to do it more often so I usually work it two or three times a month so that they don’t have to spend all their time doing bingo and raising money.”

By doing this throughout the year Shack says that they make a large amount of money. She says that it is more useful and effective then a different form of fundraising. It also helps others in the community that need volunteers for the game.

“It’s better than doing a car wash or a bake sale because it makes more profit then other types of fundraising have.”

Shack also talks about the emotional build that this helps. She thinks it is a good way of gaining leadership. There can be anywhere from 100 to 1,000 people playing bingo and to Shack it takes a lot of courage getting up in front of them and leading their game. Anyone can play and they have a lot of regulars that come often.

“It’s fun to work and it gives you a sense of leadership too and we’re helping with the community as well.”