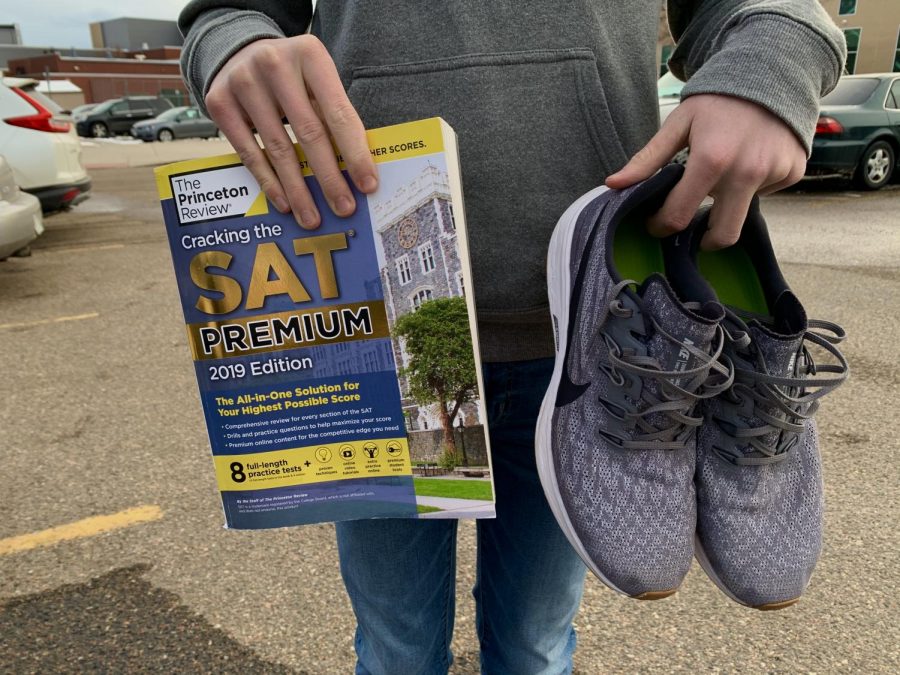 According to Prep Scholar, “Extracurriculars, in general, allow great colleges to have a student body that is more than just students who did well in school.”

Prep Scholar also says when a student is able to provide evidence from extracurriculars, they are well-rounded or involved in their school community only adds to their college application. Although being involved is helpful, colleges are institutions strictly based on academics.

A-West counselor, Nicole Alpers-Ramos comments on the differences between test scores and extracurriculars: “I would say that just on the surface, schools will look at your transcripts, your GPA and your SAT or ACT scores, although, some schools don’t require the scores. I think where the extracurriculars start to come in is differentiating between applications.”

Alper-Ramos gives first-hand insight into the differences between test scores and grades compared to school involvement, which is helpful in understanding what colleges weigh in on the most.

Alper-Ramos explains how extracurriculars can be of value within the college admissions process.

Prep Scholar explains that colleges believe “…the most important things are academics: learning subjects, doing well in classes, furthering knowledge through research, etc.  Colleges generally value academics more than other areas. This is demonstrated by their emphasis on SAT/ACT scores and GPAs over other applicant qualities like extracurriculars.”

When a student is able to provide a high test score and GPA to their college admissions office, colleges will put more weight on the numbers compared to a student’s extracurricular involvement.

Most colleges look at academics, according to College Transitions, since this is their guideline to their institution, but some colleges have removed SAT/ACT scores from having an influence on the admissions decision.

For example, Colorado College and the University of Denver do not initially look at SAT/ACT scores in their admission process and are therefore test-optional.

This is where colleges leave it up to the applicant to submit their SAT/ACT score. Applying to a test-optional school is beneficial to students who did not perform well on their SAT/ACT, but who are heavily involved in extracurriculars. If a student is involved in extracurriculars and has a decent unweighted GPA, submitting one’s SAT/ACT scores to test-options colleges is not necessary.
Colleges that are not test-optional, such as CU Boulder and CSU look at applicants as a “pyramid” of college needs. These pyramids consist of the bottom being academic-based: GPA, SAT/ACT scores, AP/IB classes and doing well in school. The top of the pyramid is everything else, such as extracurriculars. Colleges will need to fill the bottom of the pyramid before they even consider the top since they are academic-based institutions.
Alper-Ramos points in conclusion that “on the whole, they [colleges] do first look at grades and test scores, and then those other things start to come into play as differentiating peoples applications.”

Depending on the college a student is looking to apply to, whether test-optional or not, extracurriculars add to one’s application, but is not the spearhead of the admissions decision.

SAT/ACT scores are the basis of what determines one’s admission into a college. Standardized test scores are easier for colleges to compare students, therefore, that is why they are looked at more often. Involvement in school is beneficial to a college application and should not be overlooked, but a student’s main focus should lay upon obtaining a solid score on the SAT/ACT.