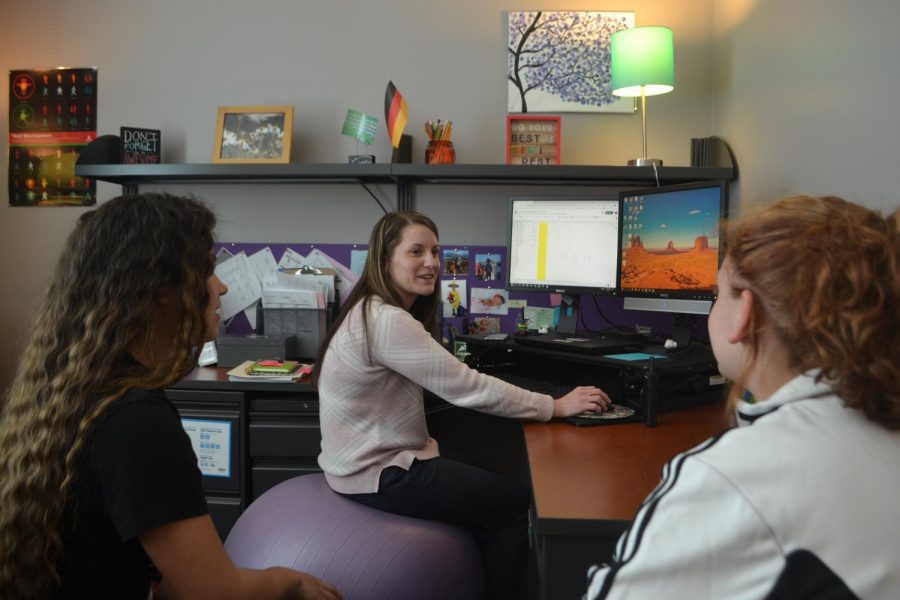 Advice, assistance, academics — just a few of the many tasks high school academic counselors like Annamae Boots have to do each day.

Boots, an academic counselor at A-West, explains the jobs she does and the tasks she completes each day, and it is not easy

“The day-to-day is so different because it just really depends on the student’s needs,” explains Boots. Her role is not only to help kids out with academics but also emotional needs.

One of the many tasks she does to fulfill student needs is planning lessons for all grades on career and college preparation. This may include assessments that help students find their path.

Boots says that she does preventative work with students as well, usually individually or in small groups outside the classroom environment. An example would be getting a group of students together that are first generation college students for their families, so that they can be provided with extra support as they transition to college.

While counselors like Boots provide a numerous amount of resources and help to students, not all of them use it or even know who their counselor is. Sebastian Arenas, a student at A-West explains that he does not frequently use his academic counselor at all.

Arenas only used his counselor last year to “catch up on homework,” but has not used it since then, and does not remember who it was who helped him. “I got used to doing things on my own,” Arenas explains. He does not feel like he needs them and explains “it’s a lot easier that way.”

Another factor that Arenas takes into account, is the time. Arenas believes he is better off right now and does not need to use his academic counselor since  “it would take up more time.” Arenas agrees that he likes to solve his own problems, and doesn’t want to worry about a counselor.

Academic counselors are not just about emotional support however, even though they do provide that. Counselors like Boots encourage students to know what is best for them and emphasizes that “we don’t want everybody to think that they have to go to college.”

Her message is not to skip college, but rather to take the correct path for the future job or career that the student wants.

“There are so many people going to college just because they think they have to,” Boots explains. “They’re going into crazy debt and then they don’t get the job they intended.”

Boots says that counselors are “really helping students to pinpoint something they’re interested in early so they don’t go to college just cause they think they should.” Boots says that students may not need a college degree to be happy with their career. Numerous adults are financially successful and happy with their career after earning an associate’s degree, a certificate, Warren Tech, or  even a paid apprenticeship or internship. “We do a lot of day to day phone calls, emails, things that pop-up,” says Boots when talking about student needs. “We’re just the advocates, we’re the people that help to find the answer. Whatever they’re struggling with, we’re the person that tries to think outside of the box and find a solution.”