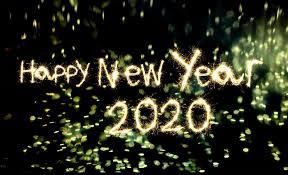 It is only the fourth month into 2020, yet everyone is constantly saying how it has already been a rough year. Starting with the burning trees in Australia to a global pandemic, 2020 has taken most people by surprise.

Currently, the world is facing a pandemic of the Coronavirus. Many schools including A-West have resorted to online school to keep the virus from spreading. Students feel stressed and overwhelmed by having to move into online school this late into the 2020-2021 school year.

Freshman Savanna Bagley states, “Online school sucks because we stare at a computer for 5 hours a day doing work and it is just easier to do things in person. We also have no motivation to get anything done.”

Students agree that being at home with many distractions is not exactly the best environment to get schoolwork done efficiently and on time. It can be hard for students to get all the work done when they are needed too because the extra motivation to do it just is not there when there is no face to face interactions between students and teachers.

A-West students also feel that having to stay home and avoid being in public is destroying their social lives and making it hard to connect with friends the way they could if they were at school. Social distancing never seemed to be a real problem until it really started being enforced since Colorado has been in a shelter in place. Since being at school is not an option with how quickly this virus is able to spread from person to person, A-West students find that having to stay at home and away from friends is not ideal.

Freshman Cameron Doody states, “2020 has been horrible so far because the coronavirus affected us this year and is causing people to be antisocial due to quarantine.”

Besides the fact that the Coronavirus has been a huge concern for this year, many other horrible things have been happening already this year. The fires that have been going on in Australia unlike anything ever seen before.

Many people were even forced to leave their homes due to the fires spreading rapidly.

Tyler Durden with Zero Hedge states, “Meanwhile, down in southern Australia, they are dealing with colossal wildfires that are unlike anything they have ever experienced before. These fires are so massive that they are actually creating their own weather. At one point, thousands of people were forced to take refuge along the beaches because the fire had cut off all other escape routes.”

Since the fires originally started in mid-2019, they have been put out and all is going well as of right now compared to all the people and animals that have lost their homes in that time since. The fires may be out, but the climate is still nowhere near being recovered. Due to temperatures still being high, the damage is still being recorded in Australia even after all the fires have been cut out.

According to the New York Times , “Warmer temperatures do more than just dry out the land. They also heat up the atmosphere, which means clouds hold more moisture for longer periods of time. So droughts get worse, giving way to fires, then to crushing rains that the land is too dry to absorb.”

Even though 2020 did bring a stop to the fires in Australia, it still is bringing more worries in many regions around the world that will continue if nothing is done to stop it. A great example would be the countless amounts of locusts swarming Africa and Asia.

BBC states, “Hundreds of billions of locusts are swarming through parts of East Africa and South Asia in the worst infestation for a quarter of a century, threatening crops and livelihoods.”

Fending off the giant swarms is extremely hard when there are so many of the creatures all at once. With an already alarming amount of the insects everywhere, it is said that the number will only keep increasing fast overtime seeing as these insects eat their entire body weight in just one day. It is costing millions of dollars to help this crisis yet it still continues.

While it seems as though 2020 has only brought us bad luck and horrible news so far, it is only April and things can change dramatically in a matter of months.