Isolation: the root cause of stress and problems 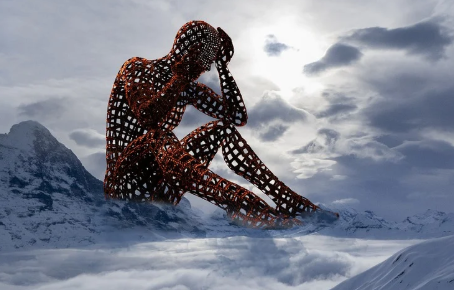 Isolation, a mental feeling that may cause stress and problems for a lot of people. The effects of isolation can be permanent and damaging, but there also are positive things that can come out of it as well. According to many health and psychology professionals, it could be based on the environment and the people someone is surrounded with.

Matt Johnson, author of the article, “Can Social Isolation Be Positive?” explains that “having only oneself for company provides an unmatched opportunity for introspection.” Johnson also explains that having time alone can give someone the opportunity to reflect on and examine themselves mentally. Isolation allows someone to dig deeper and find something in them that they never would have found before.

Donald Wahl, a psychology teacher at A-West backs up this idea, explaining that kids are so caught up in technology that they don’t spend time trying to get to know themselves better.

“As a society we do not spend time in just our thoughts, we are constantly trying to entertain our minds.” He believes that this could be a good opportunity for kids to self-reflect and deal with boredom. “Many will not take advantage of this but those that do will have a chance to come out of it knowing how to cope with other events better.”

In the long run however, there could be negative effects of isolation, and the American Psychology Association (APA) digs deeper into this topic. They explain that these effects can be permanent or temporary depending on the scenario.

“Social isolation can have adverse health consequences including depression, poor sleep quality, impaired executive function and accelerated cognitive decline,” explains the APA. It is proven that isolation can have damning effects, large or small depending on the scenario.

The APA explains that the amount of time isolation lasts for is a large factor in determining the specific effects. “Isolation can lead to poor cardiovascular function and impaired immunity at every stage of life and well as increased likelihood for decreased mortality rates. The type of isolation would be over years and not just a short period of time however.”

As of now, lockdown is causing people to feel isolated, but what it could look like when lockdown is released, brings a new point of view.

Wahl shares his idea of what might happen, saying “I think you will be looking at both spectrums. Some will be going so nuts they will jump right back in. Others will be very cautious and wait and see.” Wahl elaborates, explaining that “some casinos are considering shutting down buffets for good. Some may not reopen their shows and pools and nightclubs immediately or to full capacity. It will be very interesting to see how we come out of this as a society and country. I also teach history so I know long term America is very resilient and will get back to normal and thrive, but short term there will be some unforeseen effects.”

After coming out of this isolation period, Wahl explains that things may not be the same and people will have come up with new coping strategies, but unfortunately these things will not last. “I would like to think some people are coming to the realization that down time is actually relaxing and comforting. Spending time in the yard or on a walk, sitting and reading or just thinking, but I am not naive enough to think this will last. Eventually we will get back to the old normal of heads down in the cell phone and being distracted by anything but our own thoughts.”

While many people are settled down and relaxed right now, it is to be believed that most people will go right back into their daily routines, and end up living their normal lives. Even though isolation can have negative psychological effects, it can still be a time of healing for many people and the effects of isolation depend on how you spend it.