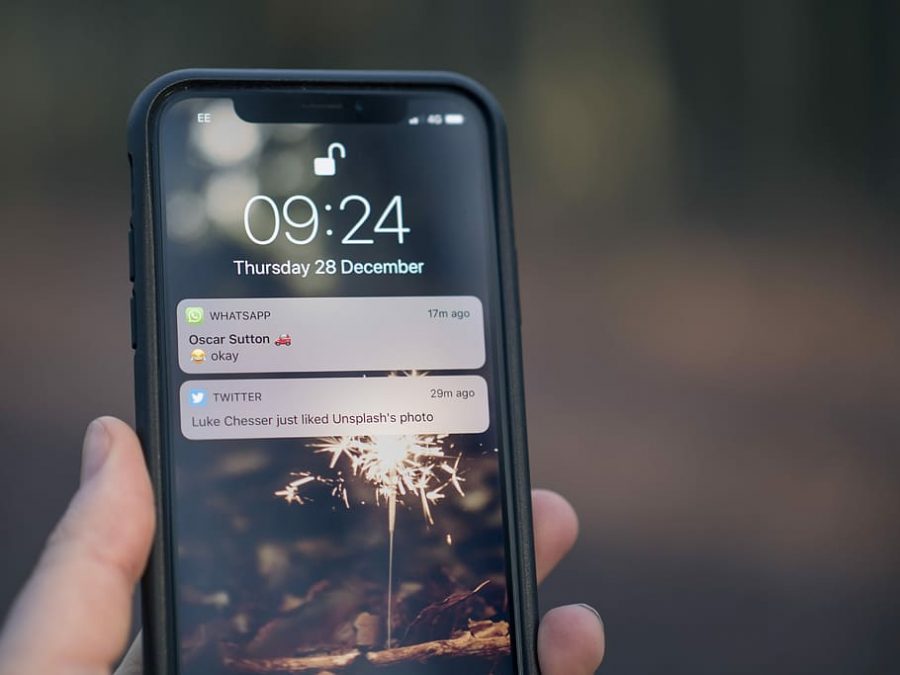 It is no secret that teens rely upon their phones now more than ever, and it is now getting to the point of addiction. According to recent studies, teens are spending much more than the recommended time on their phones daily, and they are completely aware of it, as well.

Freshman Aowyn Sieler says that “the spread of social media and new ways to communicate grants people with a different sense of instant gratification that has literally become a chemically engraved response in our brains. We’ve been conditioned to learn that a ‘ding’ or a ‘buzz’ means that something is there waiting.”

This perfectly describes what addiction is, and phones are just becoming bigger distractions in the everyday lives of students. Interestingly,

Sciencedaily states, “Therefore, it may be that the nature of the texts girls send and receive is more distracting, thus interfering with their academic adjustment.”

This information may not come off as surprising to teens since it is known that girls tend to text each other more than boys for the most part.

Sieler explains, “I’m really not surprised [to find out girls compulsively text more than boys] because I know that compulsive texting has been an issue for me, and has impeded schoolwork at times. Then again though, I’m just really attached to my phone. I’m actually taking a break from an app I use frequently right now so that I can get a bit better about things.”

Julia Jacobo with abcnews says that, on average, teens spend 7 hours and 22 minutes a day on their phones.

“This amount of screen time does not include time spent on schoolwork, according to the report. When figuring in activities such as reading books and listening to music, the numbers jumped to nine hours and 49 minutes for teens and five hours and 54 minutes for teens,” Jacobo explains.

The data for having to shelter in place will most likely increase this number dramatically. A-West, along with many other schools that now frequently use Chromebooks in classrooms, and most homework students have to do is completed on their computer, or at least with the use of some sort of technology.

Sieler was not surprised to find this information out and even says, “Most [teens] spend 3+ hours doing electronic schoolwork each day – that’s because there’s so much available online now. It’s an escape and a distraction from things in daily life that bug us, it’s a waterfall of information and entertainment – of course, we’re going to spend a lot of time there. It’s easier to bury yourself in a phone for hours and live a stereotype than deal with societal pressures and break free from hardships that confine you.”

While the amount of time teens spend on their phones each day is much higher than recommended, it is hard to blame them from constantly being on screens. After a long school day, the last thing anyone wants to do is more work and it is simply just easier to text friends or scroll social media.

Freshman Payton Reed explains, “Most days I find it hard not to be attached to my phone because technology is a big part of our everyday lives as teens.”

Eliminating these distractions is not easy, but phones and technology are not anywhere as close to consuming kids as many people think, but there is no denying that many people, adults and students alike, depend on phones for many things because that is simply just how it works.