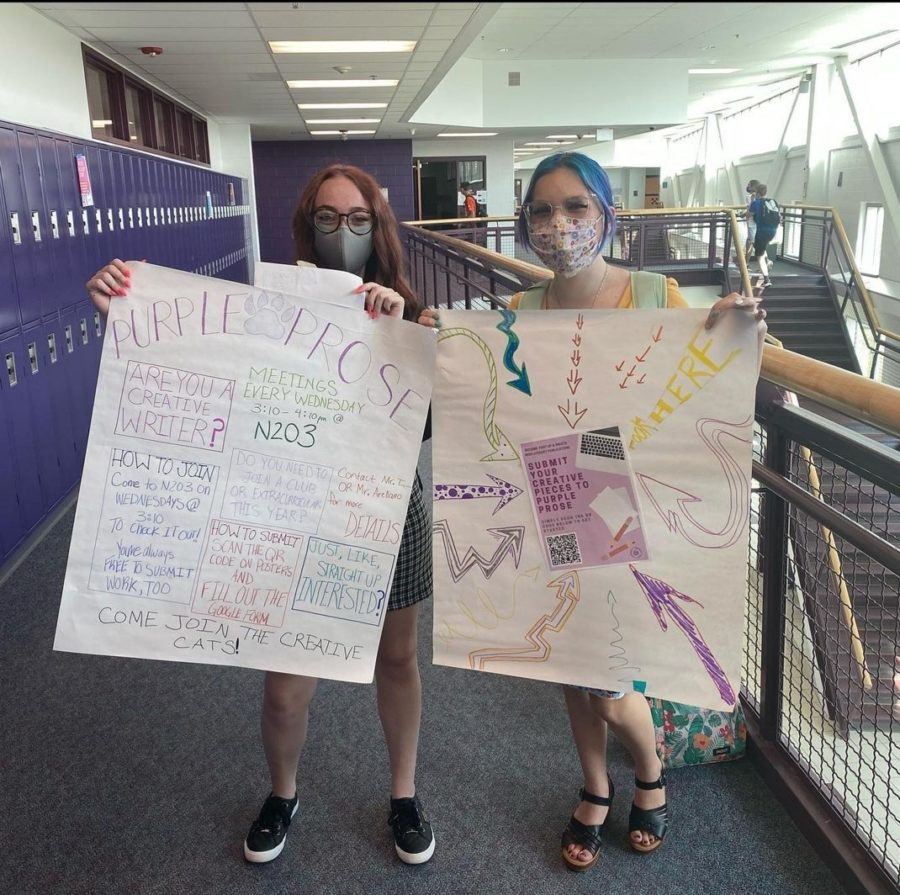 Photo Given by Jeremy Tanguma

A-West is full of artists. Students at this school have access to a wide range of artistic classes ranging from ceramics and drawing to creative writing. Over the past year, with the help of Jeremy Tanguma, a language arts teacher at the school, and Jay Arellano, another language arts teacher, some of these artists have been working very hard to make their work public. This year, they were able to make that a reality with the first edition of Purple Prose, A-Wests arts publication.

The publication was founded by Tanguma himself and was initially started with junior Destiny Edgett. Tanguma says that he started due to the popularity of his creative writing class and students’ desire to have an extension of creative writing. Now the club is run by Tanguma, Edgett, Arellano, and junior Haylee Griffith. The group was founded last year and initially did not publish any work. During the 2020-2021 school year Tanguma says,

“Last year we kind of started thinking about it and putting together ideas for what we could do with it and honestly just put together our template, and then this year we got it off the ground and asked for student submissions and made our first publication.”

Currently, Purple Prose is an online-only publication with one edition posted. Tanguma says that there will be a total of 4 editions with plans to release them in the winter around Christmas as well as one in the spring and one towards the end of the year.  Tanguma says he wants there to be a physical copy but that they are not quite there yet financially.

“We wanted it to be poetry, prose, it could be creative nonfiction, it can be art that people have drawn digitally or physically whichever medium they choose…even scripts people can turn in”.

The publication however is not completely open. While open to submissions from any student, not all work is published. Tanguma mentioned that they were trying to include no more than ten submissions in an edition and that they are trying to take only the most polished pieces that are submitted. The students enrolled in the club get to judge the pieces and decide which ones will be published but Tanguma and Arellano get the final say on whether or not something is good enough for the publication. But once you are published you are published for good. All previous editions of the publication will be archived and accessible through links within the most current edition. Published students can also make as many submissions as they would like even if they are published in previous editions. Tanguma says

The club is relatively small currently and has five editors enrolled. Their names are Abbey Kos, Mark Lincoln, Jacob Vorris, and the formerly mentioned Haylee Griffth and Destiny Edgett. The club itself is more focused on the publication rather than its contents. Members are more than welcome to submit but the focus of meetings has primarily been formatting, posting, judging, and marketing the organization. The club meets twice a month now on Wednesdays. Once after school and once during connections in Mr. Arellano’s room. Tanguma says that anyone interested in joining can talk to himself or Mr. Arellano.