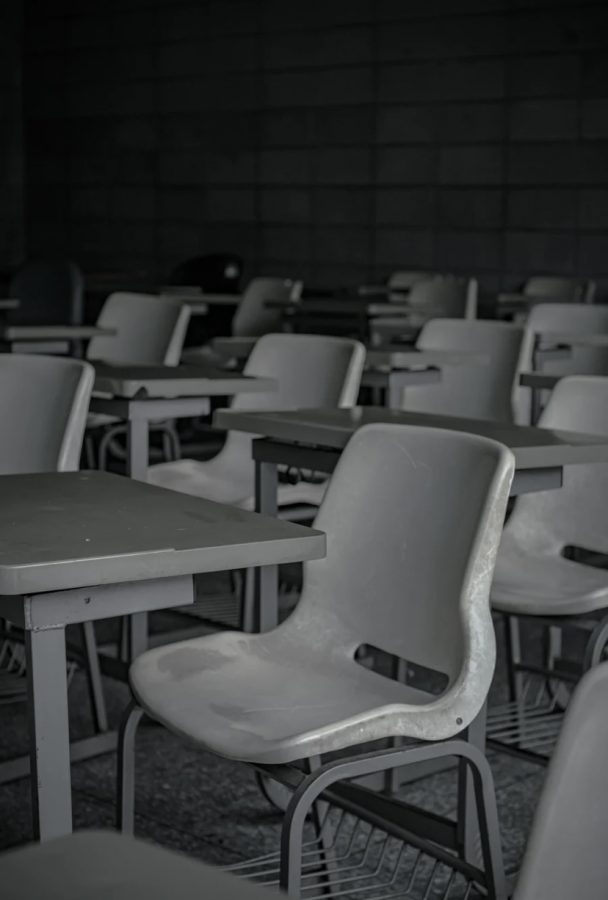 Photo by Zhuo Cheng you on Unsplash

Everyone has heard, at least once in their life, of the constant struggles lefties have to face on a daily basis, and school is no exception. From having pencil lead on our hands all day to bumping elbows with literally everyone, we can all agree that a lefties’ biggest nightmare is sitting in those horrible desks designed to benefit only righties. There is absolutely no reason schools need to have desks that only have advantages for right-handed people.

Many righties never even think of how much these desks really impact us. According to Sarah Crow from BestLife, “Approximately 10 percent of the population is thought to be left-handed. That means there could be upwards of 700 million total lefties around the globe.”

Being left-handed is not as uncommon as most people think, so why do we not get the same advantages as righties when sitting in certain desks at school?

Some right-handed desks in many language arts and social studies rooms have an armrest for support while writing for right-handed people, but it can cause lefties serious back, shoulder, and/or neck pain from having to turn constantly in order to be even somewhat relaxed.

“Depending upon the width of the half desk, and the way the student holds the pencil, left-handers are susceptible to back, neck, and shoulder pain. A left-hander who writes with an inverted or “hooked” (bent wrist) style at a narrow desk must twist around in a contorted posture that is awkward and uncomfortable” states the Handedness Research Center.

Constantly having to twist and turn in order to be even relatively comfortable is a daily struggle in classrooms for lefties. In the long run, serious damage can be caused to our bodies from sitting in these desks for up to 40 hours a week. From all this moving around and having to sit awkwardly in desks, lefties often get accused of cheating on tests.

“Since lefties constantly turn their shoulders and neck over to the other side of the desk, it may appear that they are looking at another student’s paper” according to Ka Leo, an online news center in Hawaii.

Some leftie students feel a different way in this debate, however.

Joseph Martin, a reporter for Odyssey complains, “Also, what’s the point of a left-handed desk anyway? The only real difference between them is which side has the armrest, and we couldn’t care less about that.”

There is no reason at all for right-handed desks in schools. There are so many more options of desks to buy that can be accessible to all people. Schools need to take into account how these desks can affect all students. If schools are so interested in our health and safety, they need to care about every student, even the minority no matter what. An easy solution would be to purchase 10% of the desks that would be usable for lefties.

Anything that interferes and stops students from having a good learning environment deserves attention and needs to be changed. Lefties already have enough daily struggles as they constantly have to deal with being in a right-handed world, and school is not a place for students to feel unwanted or discriminated against. Left-handed desks need to be available to students in school.