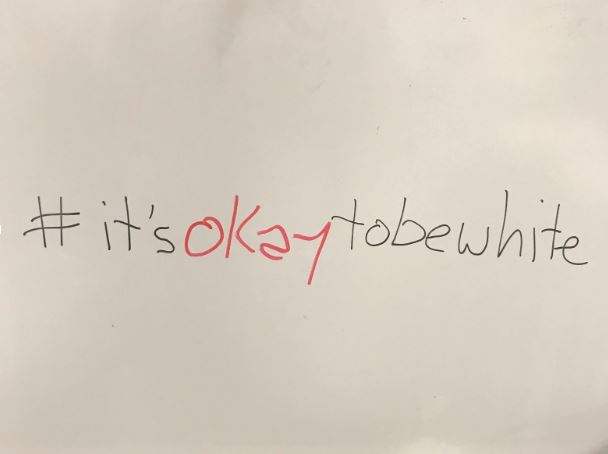 Over the last few weeks, a popular hashtag on Twitter has flooded the site’s ‘trending’ page with over thousands of tweets, this being #ItsOkaytobeWhite. This hashtag (according to The Washington Post) “[has] been appearing on college campuses and on city streets across the country this [last] week, prompted by an anonymous chat-room comment that suggests the message would feed social unrest and sway white Americans to far-right ideologies.” This message originates from an alt-right (a right leaning group) user who hopes that the message could help achieve a “massive victory for the right in the culture war.”

There is some confusion about the origins of this phrase, some thinking it is an alt-left message as opposed to an alt-right one. Many of these signs and flyers have been put up around universities, especially liberal arts colleges,”Some were on light poles, and one was at the business center at the private liberal arts college in Moorhead,” Twincities.com states.

This phrase coincides with the term “reverse-racism,” which is where people of color have prejudiced views on white people.  However, people of color  may view this hashtag as a symbol of white supremacy.