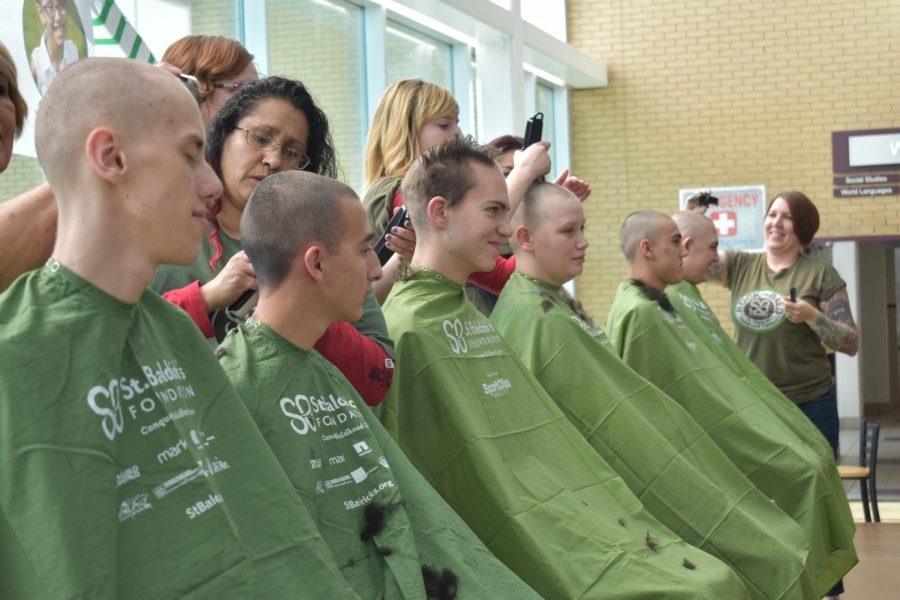 On Friday, March 16, Arvada West held a head-shaving event in support of the St. Baldrick’s Foundation, with the help of six to shave heads.

The event was advertised for weeks prior and many volunteered. Freshman Alexis Gillis stated, “[When I see the shaved heads] I know it’s in support of something.” The foundation has spread the awareness that it wished for to the students at Arvada West.

The goal of the head-shaving is to inspire donations for child cancer research and bring awareness. St. Baldricks.org states that, “Worldwide a child is diagnosed every 2 minutes.” There are limited drugs specifically made to deal with cancer in children. Due to the foundation’s research the FDA approved a new drug in 2015. They are reaching new goals every year.

“I fully support St.Baldrick’s, because I think this organization gives a glimpse of what they have to go through,” freshman Mateo Castillo remarked.