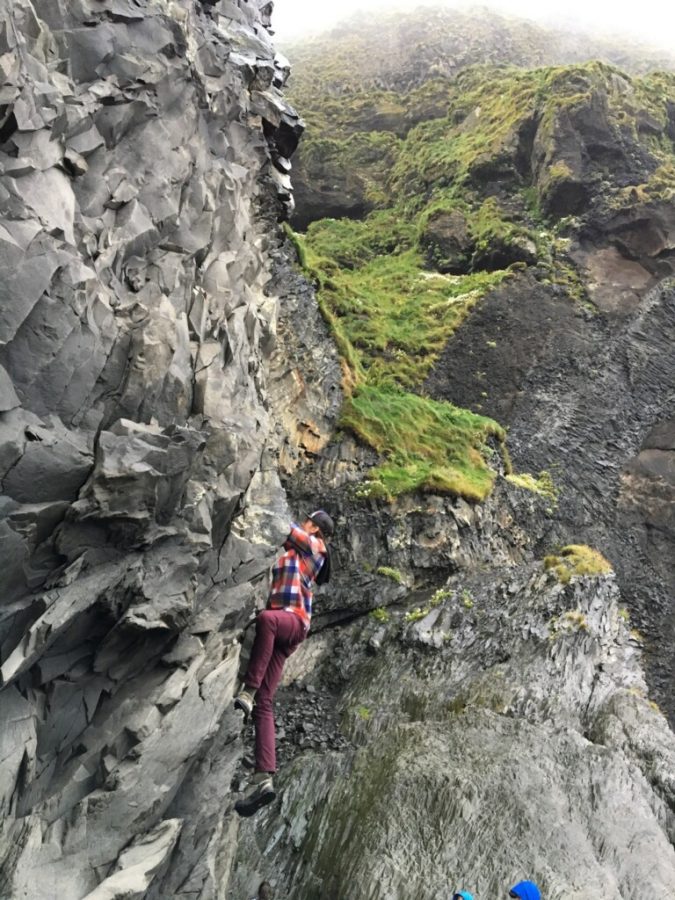 Arvada West high school has started the 2018-19 school year with the formation of several new clubs, including a climbing club led by Sung Baek and A-West junior, Noah Dede. The club invites students of all skill levels to join and start climbing together, regardless of whether or not they have climbed before.

Baek, an A-West science teacher and avid climber, had the original idea for the club and sought out student participants. To date there are nine student members, with Dede as the president. Another science teacher at A-West, Clifton Bluhm, has also become involved in the club and has helped it to develop.

Meetings are held after school every Wednesday in Baek’s classroom, or the group meets at Earth Treks Golden climbing center to train. Their first few meetings have already been held, but they are open to new members joining anytime.

“I’ve always wanted to do it, “ Baek says about starting the club. “It just hasn’t been able to work out until now.”

Baek has been climbing ever since he finished high school, both competitively and recreationally, and he hopes to instill the same passion in students.

“I would really like to show students here that it’s not that hard to do,” he explains. “And to be a good mentor for them, and hopefully teach them how to do it properly and safely.”

According to Baek, this is the first club of this nature to exist at Arvada West, and it is now one of only three Jeffco schools to offer such a group.

The main goal of those in the club is merely to get people together and help them become more experienced climbers. Opportunities to compete are available, such as through the Colorado High School Climbing League, but competition is not necessary. Members who choose to go simply to learn about climbing and enjoy a group sport can do so.

Dede, the first member and an experienced climber of around four years, says, “If it grows, fantastic, but the number we have now is great to be intimate and to make sure that everybody is learning the safety that they need to learn.”

The club is open to anyone interested, and primarily focuses on learning about the sport, developing skill, and having a good time with a group of fellow climbers.