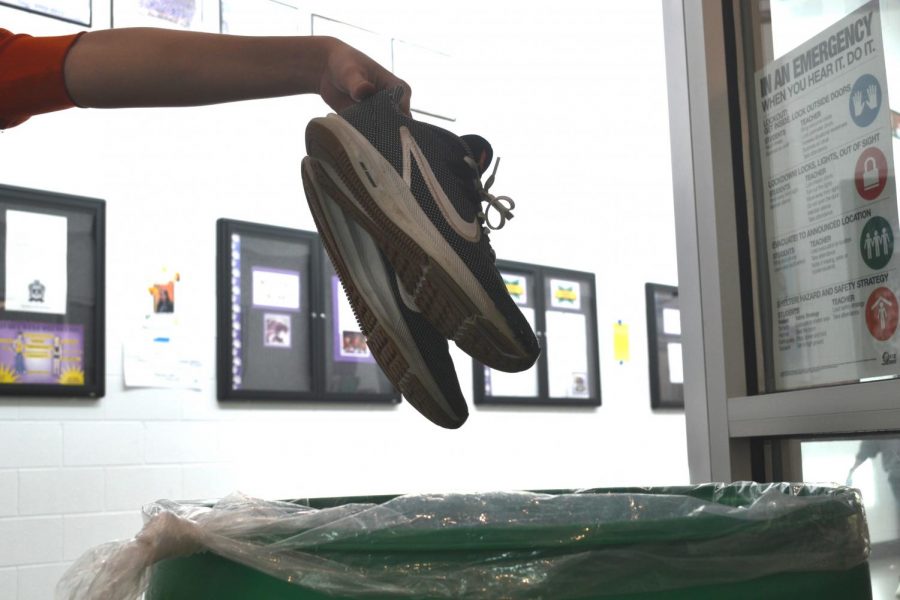 Imagine for a second, that you are not wearing shoes, right now, where you are at this precise moment. Imagine that you never had shoes, or very many clothes, or even a warm house. Imagine that you are living in poverty. What would you do? How would you even get simple clothing like shoes? Well, to solve the problem, groups have implemented donation strategies called shoe drives. People can donate their gently worn shoes and they will go to people in need who do not have them. It sounds great, if all that is true… but is it?

This raises the question of the credibility of the A-West shoe drive, specifically where the shoes and the money raised go. For starters, the shoe drive is a fundraiser for After Prom run by an organization called Funds2Orgs. The organization is a social enterprise that offers fundraising strategies. With that tidbit out of the way, where do the shoes go?

To shed light on the topic, Adam Conover, a popular comedian, writer, and television host, explains the truth of “Buy One, Give One,” in his investigative comedy show “Adam Ruins Everything.” Conover talks about TOMS, a shoe company that gives a pair of shoes away for every pair sold, specifically those living in Africa on poverty. Conover exposes the truth behind this “non-profit company” and even raises the question of if these people really need these shoes.

Conover goes over how the common picture of “someone living in Africa,” does not involve  starving children and people “living in a village with no clothes.” TMS Ruge, the founder of Raintree Farms, lives in Uganda and explains that there are shoes in Uganda. Not just that but there are also, “shoe stores and cobblers.”

This does not dismiss the fact that there are people living in extreme poverty who need shoes however, because there are according to Conover, it’s just the frequency of it that’s blown out of proportion. Ruge explains that all the videos of the shoeless children are not representative of the population. “They find the most extreme situations and make it look like the most common situation on the continent.”

Another factor that is involved with shoe drives, is the ability for it to put micro-businesses out of business. “A kid doesn’t understand the ramifications of me receiving these free shoes from somebody in America,” explains Ruge. “What it does is actually put people who are creating shoes right out of business.” It takes local shops out of business, because there is no demand for shoes.

With this information, it begs the question about where the shoes donated to A-West could and do go. According to Michelle Schiffbauer, president of Arvada West PTSA, After Prom will “earn funds based on the total weight of the pairs of gently worn shoes.” The shoes are collected through an organization called Funds2Orgs.

“All donated shoes will then be redistributed throughout the Funds2Orgs network of micro-enterprise (small business) partners.” Funds2Orgs works with micro-entrepreneurs to help “create, maintain and grow small businesses in developing countries where economic opportunities and jobs are limited.”

They claim to help grow small business instead of taking business out through their technique of working with micro-entrepreneurs, a sharp contrast between giving loads of shoes from America to countries who are already developed, and have shoes and shoe stores.

Schiffbauer also explains that the proceeds from the sales of the shoes collected in the shoe drive are used to feed, clothe, and house the families.

Funds2Orgs tries to give insight for everybody on their website:“Instead of holding onto shoes you no longer wear or use, give them new life and repurpose them in a shoe drive fundraiser to raise money and change lives in communities around the globe.”