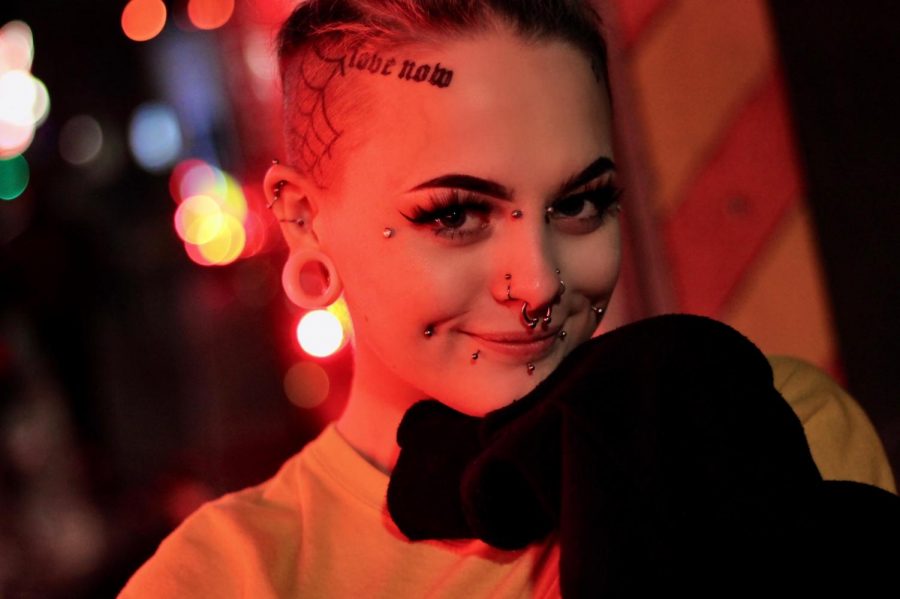 Photo by Tamara Gore on Unsplash

Imagine a young, college student with dark brown hair and clear, olive-toned skin. Most people would find this person attractive. Now, imagine the same student with an eyebrow piercing and stretched ears, and her once clear skin now marked with multiple, visible tattoos. According to the study “The Influence of Facial Piercings and Observer Personality on Perceptions of Physical Attractiveness and Intelligence,”  most people would find this version of the person unattractive. However, the perceptions represented by the people participating in the study are only a small portion of what people really think. In fact, these statistics are rare because because people are being judged unfairly based on their appearances. From a young age, children are taught to accept diversity and are told not to “judge a book by its cover.” And the younger generation listened. They are showing that they accept this diversity by representing themselves as a more open-minded demographic. Adults, however, are now holding adolescents to a double standard; it seems that they should be the ones taking lessons on how to accept people’s appearances. In fact, most adults generally see teens as unintelligent, immoral human beings.

Additionally, many other studies such as The Richard Stockton College of New Jersey’s “Body Modification and Suicidal Behavior” and “Pediatrics” magazine’s “Tattoos and Body Piercings as Indicators of Adolescent Risk-Taking Behaviors” have found similar results which reflect negatively upon people bearing piercings and tattoos, specifically stretched ears, or as they are commonly called by those who have them, plugs. Whether a person, young or old, has stretched ears should not reflect on that person’s intelligence or morals. Statistics below show both judgmental opinions and scientific facts explaining why people with plugs or other modifications may be looked down upon.

Another common misconception about stretched ears or tattoos is that younger people without these modifications look down upon those who have them. Catherine M. Kahl, a researcher from the Department of Psychology at Loyola University New Orleans, performed a study entitled “Perceptions of Body Modifications” that proved these judgement wrong. Kahl’s study accurately depicts the views of open-minded, young students who realize that how someone looks should not affect someone else’s judgement of them, which is a completely true observation.