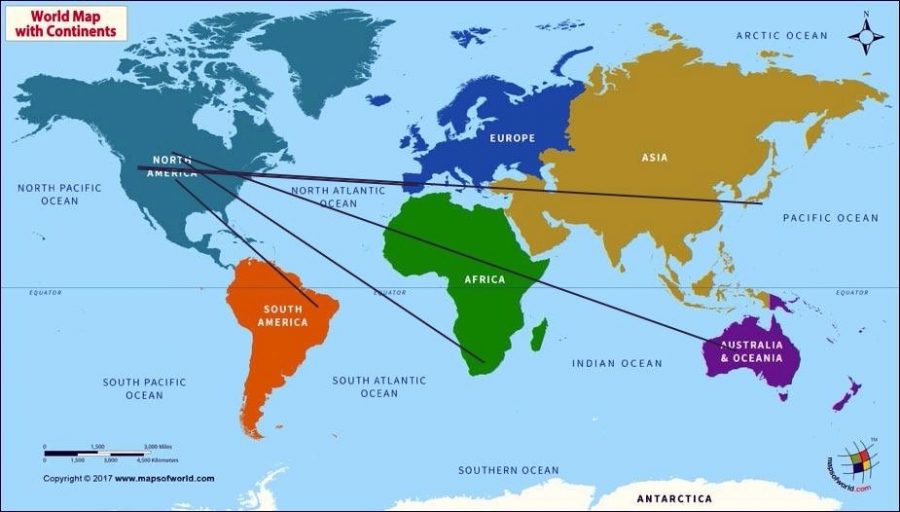 It takes a certain type of person to leave home for college, but what about leaving to go to a completely different country for university? It can be an absolutely wonderful experience even with the language barriers and the cultural differences, and it is actually the same price or even cheaper to go to college overseas.

Almost every high school senior is stressed about what the future looks like for them. They wonder, “Is it college? Is it community college? Is it taking a year off school and traveling the world?” Whatever path is taken, it is almost always ridiculously expensive. The 2016-2017 school year fees for a private college were around $33,480. It was only $9,650 for a public state school, if you lived in-state. The prices steepened to $24,930 if you came from out of state, according to College Tuition Data.

Japan, Denmark, Germany, and Brazil all spend a portion of their government’s budget on higher level education. Brazil sets aside 20 percent of their budget for education and it very literally pays off. Three of the five top colleges in South America are in Brazil.

Japan also spends a significant amount of money on education. It is reported that Japan spends $8,748 per student in every school and university in Japan. The University of Tokyo is one of the top colleges in Asia. As CNBC states, it costs ¥535,800 (roughly $4,735) for an undergraduate to attend the University of Tokyo for one year.

Denmark actually pays students to go to college. “Every student who doesn’t live with their parents receives about 5,839 Danish krones (about $900) per month, and they do not need to pay the state back — even if they drop out of college — according to the Post.” The students do not have to pay the state back.

Germany has a very similar system to Brazil. Students only pay around $320 for each semester. Unlike Denmark, students must pay for their own living expenses. And even though other countries ensure that universities are cheaper, it does take a toll on their economy.

Stacia Taves, a counselor here at Arvada West, thinks that the steep prices of a 4-year college add stress to students and on the economy.  There is also the fact that lots of students are taking out student loans with no plan on how to pay them back. Both options take a toll on the economy, but the latter has fewer benefits.

It can be hard to travel overseas and stay for an extended amount of time, without any family near by; but it can be less expensive or around to same price to go to university overseas and fly back home for the holidays.

Students that struggle to afford to go to college overseas can apply for American Financial Aid (AFA), which will help pay for the fees at a few universities.