Lovely Bones not worth the time 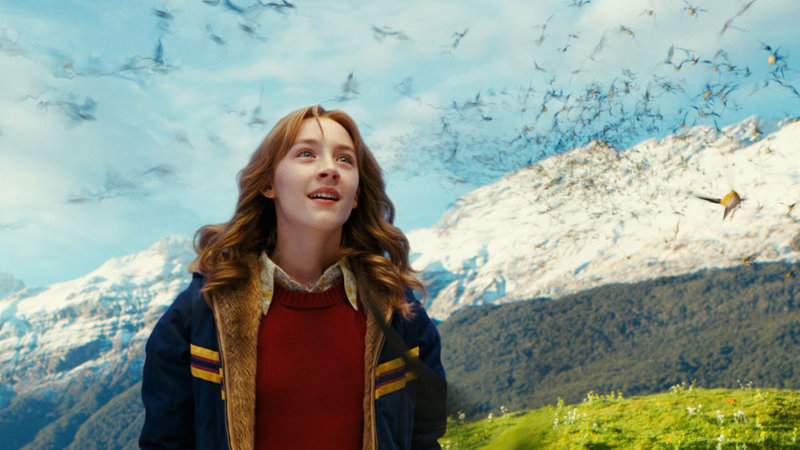 “Lovely Bones” is a movie that features the mind of an abductor, the death of the abducted and the families struggles after the abduction. This year, the 2009 movie debuted on Netflix which made it easier for youth and others to view. It is basically about Susie Salmon a fourteen-year-old girl that is led into an underground bunker by her neighbor. She ends up getting kidnapped, raped and then murdered. The movie then shows her after life and how her family and friends are grieving with the death. Her father fights to know who the monster behind her murderer is but fails. The person who uncovers it ends up to be Salmon’s sister. Once the police are informed, the murderer runs out of town and goes to cafe on a mountain side. He then  attempts to get catch another victim for his list. Not being an easy target, the newest victim declines his offer for a ride home, which surprises him, so standing in a stunned state, he gets hit by an icicle, falls off the side of the mountain, and dies.

The movie writers seemed to have given thought of the psychology in a teenage mind, but did not focus on how heaven might actually be or if there even is a heaven. I think that the writers should have focused more on the terror and sadness that Salmon (as a main character) was feeling. Instead the writers focused on making heaven a field that was a home to all the girls that the murderer had previously killed. In my mind it seems very dark that they shed a light onto being dead, like after you die you see all the people below you sad and mourning and they finally realize what a good person you were to them. This is not my version of heaven.

The abduction on a child or anyone for that matter is a horrific, depressing topic. The murderer should be looked at as a monster. I think that the movie sells that the wrongdoing of the murderer was God’s will, which ruins the whole monster part of him, murder is murder, rape is rape and that’s how it should be looked at. It shows that the victims are happier now that they were dead. To me, that doesn’t help justify the fact that they are victims of a horrible tragedy.

Saoirse Ronan, the girl who played Salmon is without a doubt a great actor. But the “flower power” cutesy world that she ends up in defined as heaven was what ruined it for me. I don’t think she should have been saying “Man, this is great!” Heaven is a place of infinite goodness, so she should have just been great, if heaven had ended up being great.

Producers didn’t need to add  extra narration to explain what heaven was; we all have an understanding of what heaven is perceived to be. To make this work using their setting, Salmon should not have been some heavenly creature. They could have captured the terror that dying can portray by putting the character in more distress instead of having her merely confused yet inconsistent feeling of being calm. I’m lead to believe that mourning process takes awhile.

In heaven Salmon encounters the other victims of the man that killed her, She made friends with them and they all seemed to be joyful and happy to be together, which is all well and fun but what wasn’t fun was when Salmon had visions of their death, the movie even added a scene where she walked through a dirt path and with every step she saw her friends dead. She learned more about the murderer by having this but I, again, don’t that that should have been added because instead of heaven being heaven, heaven was like Salmons own personal hell.

This movie was so unrealistic in the portrayal of Salman that I am left uncertain as to why there was so much death and pain for the main character, who is supposed to be in heaven. There is no point to it; there is no lesson left for Salmon to learn in the afterlife, so it is merely painful for her to have to bear witness to what her family is going through, as well as to relive the deaths of all the other victims. If the point is to make the movie creepy, that was accomplished by the  murderer’s portrayal. He was realistic and frightening, leaving viewers feeling uneasy. No one wants something as tragic as this to happen.

It doesn’t fail simply because I don’t see its message. It fails on its own terms. It isn’t emotionally convincing that this girl, having had these experiences is destined, apparently, to be 14 forever and would be that happy after being tortured with recurring death images. I probably would not watch it again, and I would give it a generous 4/10 simply for the good acting.