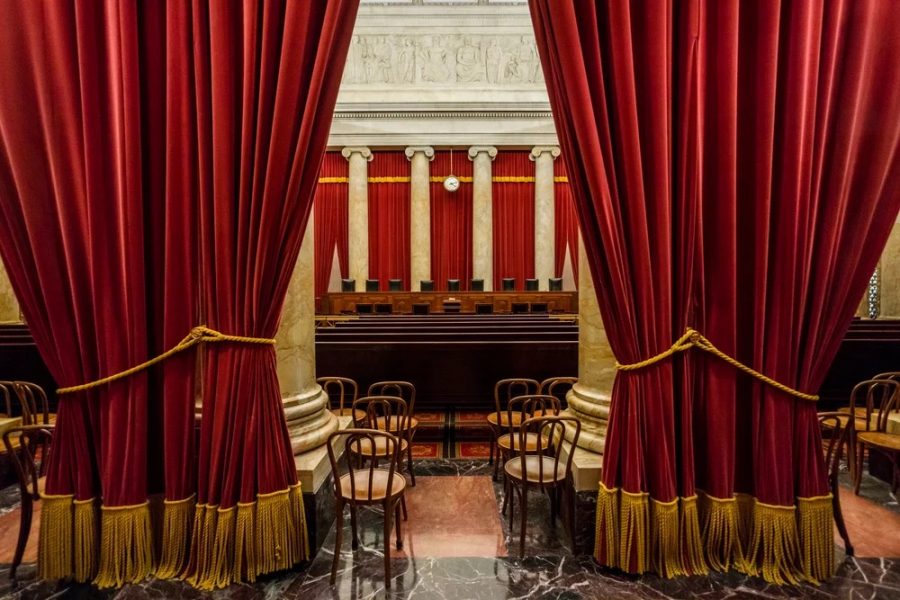 In a year where there is a rapidly changing political environment, there arise the calls for Democrats to pack the Supreme Court if they are to win the Presidential election. After the rapid confirmation from the Senate granting Amy Coney Barrett a Supreme Court chair, Democrats have even more of a reason to advocate to pack the Supreme Court if former Vice President Joseph R. Biden Jr. is elected into office. Republicans have maneuvered around their past words and push to frame former Vice President Biden to be an extreme leftist with little mind for their party.

This move to add more justices to the court is an effort by Democrats characterized as defensive rather than a restoration of power. The problem with the rushed confirmation of Barrett was that in 2016 majority leader, Senator Mitch McConnell refused to hold a vote on Merrick Garland, who was nominated by President Barack Obama following the death of Justice Antonin Scalia. The seat in the court was held open until after the election which allowed President Trump to then nominate Justice Neil M. Gorsuch for the Supreme Court.

What was once seen by Republicans as foul and unfair – confirming a justice in an election year – is now the Republican’s method of blocking Democrats. With this in mind, it seems reasonable for the Democrats to consider court-packing when there have been clear power moves by Republicans in retaliation to the Democratic party.

A-West senior Lexi Rohrke comments, “I think that if they were to add more people to the Supreme Court, it would be beneficial in eliminating bias, but the number of people would have to stay uneven to prevent a tie.”

Also mentioned by Senator Elizabeth Warren in March of 2019, “It’s not just about expansion, it’s about depoliticizing the Supreme Court.”

Rohrke and Warren both have the same idea of why the Supreme Court should be expanded. With Republicans now holding a 6-3 majority in the court, it seems clear that there is unfair bias and that votes may tend to be cast in the direction of the Republicans.

The court also needs to be packed to resolve extreme bias.

Marley Baca, a senior at A-West suggests that the court must be balanced “to save women’s rights and LGBTQ+ rights.”

Republicans have begun to weaponize the statements that call for packing the court in efforts to pose former Vice President Biden as an extreme leftist with little mind for the Republican party. Although, the Supreme Court has changed the number of justices many times since the government’s establishment and the Civil War.

In a summary written by Harvard Law and Policy Review, “President John Adams and a lame-duck Federalist Party congressional majority shrank the size of the Court from six to five in 1801 to limit Thomas Jefferson’s appointments to the bench. The new Democratic-Republican majority under President Jefferson quickly restored the sixth seat and expanded the Court to seven seats in 1807 when Congress created a seventh circuit court.” 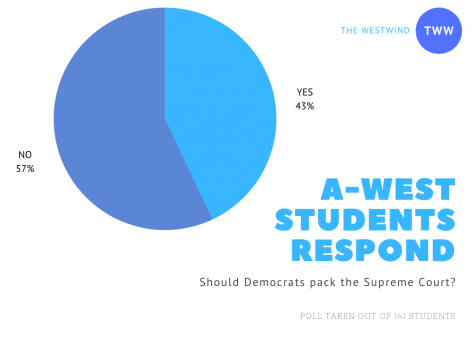 Altering the size of the Supreme Court is not unheard of and is not uncharted territory. The negative emotions towards court-packing are due to Republicans framing it as an extreme leftist movement against their own party since they currently hold the majority in the court.

There is more than enough reason for Democrats to continue to call for Supreme Court expansion if they are able to obtain the presidency. The Supreme Court has changed sizes before, and in a year where Republicans create a double standard and go back on their words regarding Obama’s nominee in 2016, it is completely reasonable for Democrats to push to pack the courts. If former Vice President Biden is elected then there should be actions taken to pack the Supreme Court.