Today’s men continue to fall victim to toxic masculinity, and they must be set free from these societal constructs 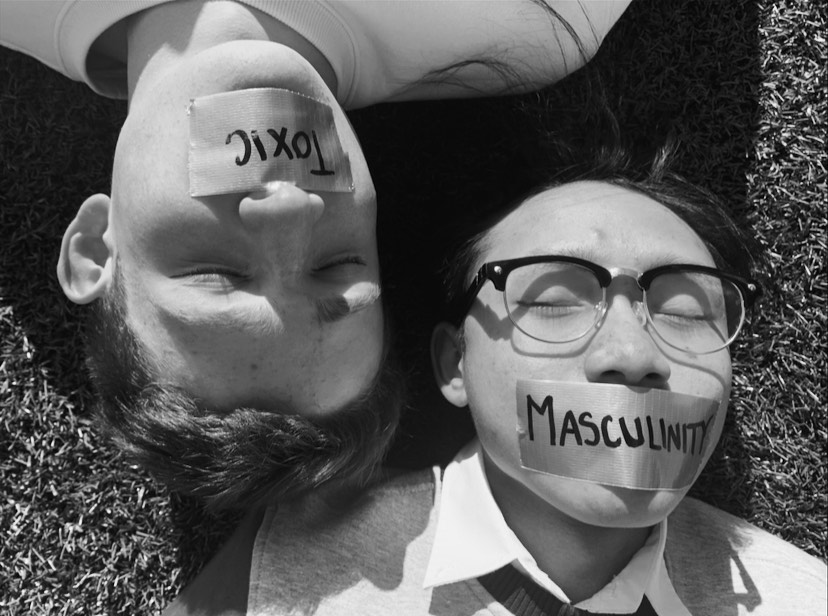 Photo pictures Logan Deison (left) and Kenny Deng (right) displaying how toxic masculinity prevents them from being their true selves.

How would you react if you saw a boy playing with barbie dolls? How often have you heard a man’s sexuality questioned because he was interested in something more “feminine?” Men face toxic masculinity more often than they may realize in their day to day lives because of Western societal culture. Society expects men to assert a form of “strength” and “dominance” only because of their gender.

Toxic masculinity is defined in a study by the Journal of School of Psychology as, “The constellation of socially regressive [masculine] traits that serve to foster domination, the devaluation of women, homophobia, and wanton violence.”

Conversely, when a woman compliments another woman on her looks,  she is not seen as gay because it is more accepted in Western culture. When a man does this to his own gender, he faces toxic masculinity from those around him because this is perceived as being gay, which is frowned upon in society’s interpretation of toxic masculinity. 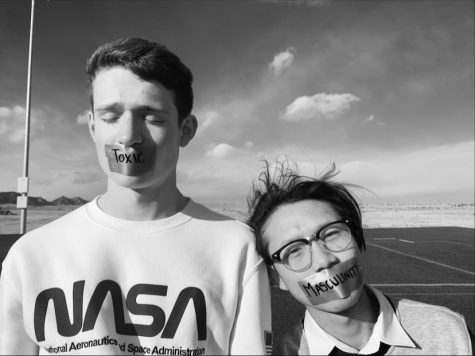 These toxic expectations of what a “man” should be are destroying the true expressions of men’s personal masculinity. Men have the right to choose what masculinity looks like for them, meaning that this is their own personal expression. A man can believe that wearing dresses is masculine or accessorizing in jewelry is masculine. The definition of masculine is up to each man to decide, not society.

The entire concept of toxic masculinity proves to be hypocritical because it is common for men to feel that they must suppress their emotions but then transfer those emotions to anger. For example, a man who subscribes to toxic masculinity may criticize a female for being too emotional, but then praise acting on anger and dominance. This is just as much an emotional response. This proves that the constructs of toxic masculinity are illogical and inevitably harmful to men’s mental state.

“Society has conditioned certain emotions like crying to be feminine when in reality it is just an emotion. While not as much now as earlier in my childhood, I would repress tears of emotions, which lead to [a] build-up of emotions like anger or being afraid to listen to a song that was considered ‘feminine,’” says A-West Senior Zach Tyson.

Shuster comments, “But our study shows how toxic masculinity also has detrimental consequences for the men who subscribe to these ideals. The very premise of hegemonic masculinity in some ways is based on the idea of isolation because it’s about being autonomous and not showing a lot of emotion. It’s hard to develop friendships living this way.”

Men struggle with certain aspects of their lives because of the pressure to perform gender-appropriate behaviors that fall in line with what it means to be a man.

A research paper done by the American Psychological Association states, “Masculine ideals, such as the restriction of emotional expression and the pressure to conform to expectations of dominance and aggression, may heighten the potential for boys to engage in general acts of violence including, but not limited to, bullying, assault, and/or physical and verbal aggression (Feder, Levant, & Dean, 2010).”

The effects of toxic masculinity can not only take a toll on a man’s mental health but change the construct of his emotional responses in a way that he acts violently in his surroundings. Men are becoming victims to society’s ideas of what a man should be.

Toxic masculinity must be removed from society. This can be done by abolishing the ideas of dominance, violence, emotional withholding, homophobia, and devaluation of women. Society, as a whole, must begin to make a change because toxic masculinity is only hurting men by giving them a self-destructive rule book to live by. Men are not the only victims of an oppressive social definition that continues to demean its victims. Anyone who subscribes to gender assignments is both victim and perpetrator.