Tesla could save the world 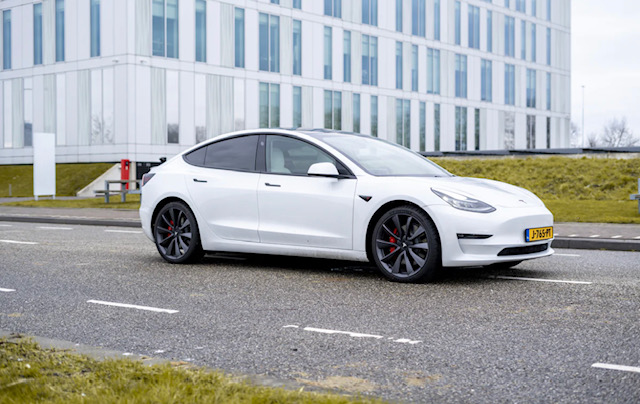 The new Tesla cars may be able to save the planet while also appealing to youth buyers. Photo courtesy of Robin Van Geenen from Unsplash.

Most kids nowadays only care about the aesthetics of cars, which determines whether they would buy them or not. What if I told you that there is a car out there on the market that is both aesthetically pleasing and good for our environment? Well, there is, the Tesla.

Currently, our air quality is moderate here in Arvada, CO according to AirNow.gov, but around the world, the pollution from cars keeps rising. Many countries in Asia, such as India or China are suffering from car pollution which has led to thousands of civilians dying or feeling ill according to BBC News.

A report from CBS News says that “Every 90 miles driven in your car, melts a foot of Arctic sea ice.” The ice glaciers are melting which could be devastating if the ocean levels did rise and ruin cities near the coast.

Daniel Glick, a freelance journalist, and multimedia storyteller says, “Things that normally happen in geologic time are happening during the span of a human lifetime, it’s like watching the Statue of Liberty melt.”

Tesla cars are electric meaning they don’t produce any harmful emissions that go into the environment. They are proven to help the environment according to Tesla’s impact report. The emissions decrease significantly depending on the number of people that decide to drive them around in everyday life. Normal cars produce so much pollution because they run on gas which is worse than electric or coal energy because it realizes harmful emissions such as carbon dioxide into the atmosphere. Tesla however does not produce as much pollution because coal does not release emissions such as carbon dioxide instead of releasing a small amount of sulfur.

Teslas may help the environment, but their sleek design and powerful engine add the cherry on top. Elon Musk was able to incorporate a modern twist to his car with a 17-inch computer screen along with beautiful leather seats and wooden paneling coming in a variety of colors. It looks almost like a spaceship inside. The exterior of the car is just as impressive. The door handles are tucked in the car, headlights are crisp and smooth along with their signature wheels that come standard.

The A-West community seems to agree.

Junior Jude Sanchez says, “I like the look of the car and Elon’s creativity with the car. I also think the price is affordable for most people,” Sanchez continues, “I would buy a Tesla because it is my dream car and it’s not too expensive especially since I won’t have to be paying for gas.”

As for the price, the cheapest model is around $37,990 dollars which are fairly cheap compared to the U.S. average household income in 2020 of $68,000 dollars. The average income of people that are buying the model 3 Tesla, however,  is around $128,000 per year but demographically people in all states are able to buy them. People need to come around to the fact that Tesla’s are affordable to the general population which will hopefully allow the popularity of this brand to rise which in turn will help save the planet.

There are plenty of benefits to buying a Tesla whether it be the looks or the ways buying this car can help out the environment and the animals in which we live with. Whatever it may be, Musk has created the most practical and Earth-friendly car the world has ever seen up to this point.