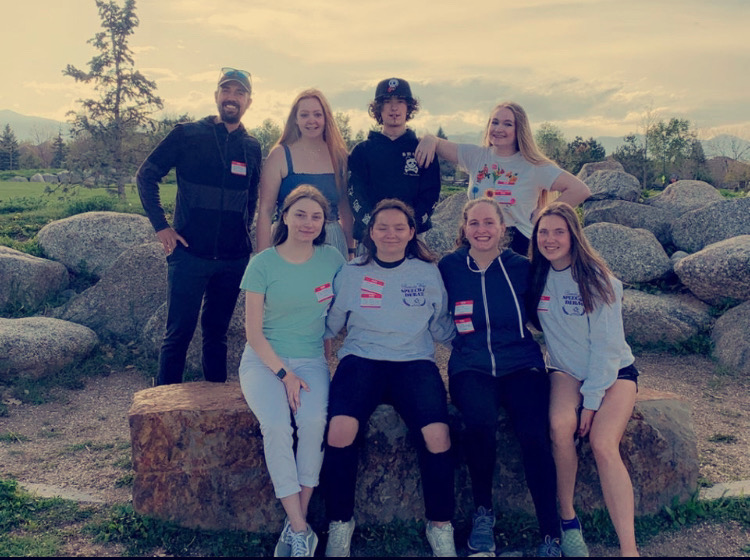 Schools tend to forget that they even have a speech and debate team. Whether it is because there are limited attendees or the student body does not take time to look into the club, the debate team lacks coverage. There are around ten people involved in the club. The numbers of attendees at meetings are small, but it does not get the same amount of recognition as sporting events like football or volleyball.

Speaking with the presidents, it is obvious how passionate they are about their team. Everyone is accounted for and supported. The presidents always make sure it is place where their members know, “If anyone needs help we’re happy too” and “I’ll be right there!”. It is never a “figure it out yourself” type of environment.

Watching them interact with their teammates makes it clear that every person in the club wants to be there, and that they have a lot of fun with their captains. The captains always make sure that the lesson is interactive. President Lineaweaver introduced something called “The Um Game.” He showed us as you receive an argument from one of your team members then you argue your point for an entire minute without saying um. “Any volunteers?” says Lineaweaver. Every hand went up.

Debate gives students a chance to understand real world situations and make educated opinions. “The goal of the team isn’t to only learn how to debate, but to have fun”.

A debate is only successful because of teamwork. Teamwork is key because when speaking or debating it is not only a skill but it is a challenge, one cannot do that challenge without work from others. Once one steps down from that podium after a tournament, it is great to have that team of people there who congratulate them on their performance no matter how they did. All this is saying is that debate can be just as important as any other sport or club because they too are a part of the school that wins awards, not only that but it teaches a life skill that can be helpful in the future.

It teaches and builds confidence for public speaking, so why don’t we cover this club more? It deserves more recognition for all they do for our school and the members’ future. Debate enters competitions against different schools in our state and if they are lucky enough they make it to state, they’ve made it all the way to nationals! That’s impressive since debate is a hard club, you’re arguing your opinion and thinking of rebuttals within minutes to back up what you truly believe in. Debate has so many positive effects that our school must learn to respect.