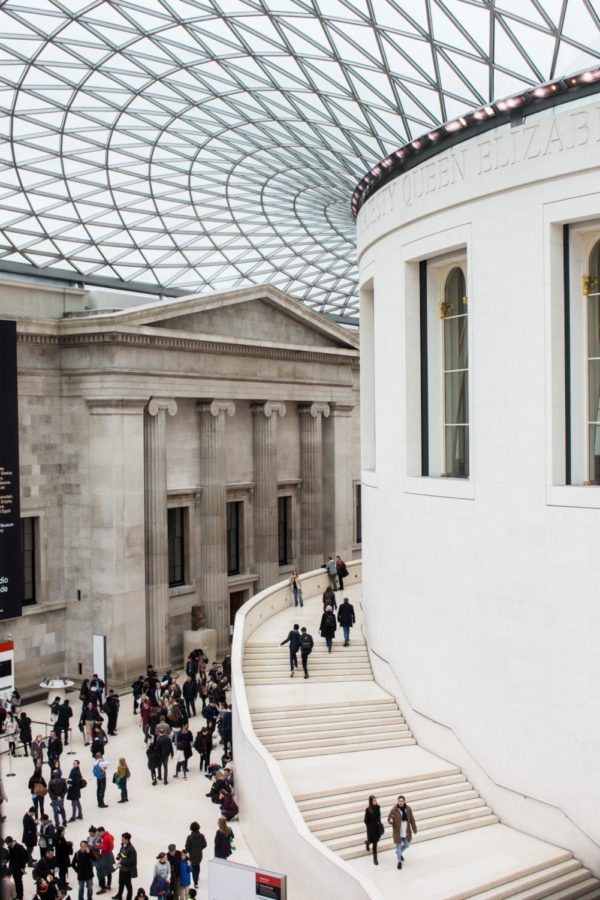 Museums are highly valuable in the field of education as they bring new perspectives from all around the world. Something most museum patrons and visitors does not take into consideration is, how did these artifacts get here?

Despite the educational value that museums offer by displaying artifacts, it’s time to return the stolen artifacts. Most if not all artifacts placed in museums specifically in the United States and the United Kingdom are stolen from countries they have colonized in the past. Although there have been legislative measures taken to address this issue, museums still have several loopholes to still houses stolen artifacts.

A-West Social Studies teacher Natalia Sabadell explains, “I think that American and British Museums (as well as other museums across the world) should return some artifacts to the countries/communities they were stolen from. I believe the items that should be returned include human remains, first and foremost.”

Repatriation is returning items or people back to their homelands. It most commonly refers to Native American artifacts and remains being returned to their homelands in the United States. Native American Graves Protection and Repatriation Act (NAGPRA) mandated repatriation of these artifacts for museums within the U.S. It can be an idea and procedure applied to other countries withholding stolen artifacts. However, the US government cannot create legislation to require another country to return artifacts to a certain country.

Stephen Nash the anthropology director of the museum states in a Denver Post interview, “Once we realized that we were curating the physical embodiment of 30 dead people’s souls, that’s when we said ‘Look, the Mijkenda never had a chance for informed consent like you and I enjoy when disposing of our loved ones. We should not be curating people’s souls.”

It was assumed that the actor Gene Hackman donated these pieces to the museum 3 decades ago. He was given the vigango by an art dealer in Hollywood. When trying to return the vigango, there were some issues with shipping them to Kenya. The Kenyan authorities wanted a $40,000 import tariff on importing the artifacts. After negotiating with Kenyan officials the museum was able to send the vigangos to a museum in Nairobi, Kenya which would from there send them to the Mijikenda community. Although the process was extensive it was worth it for the community to receive their loved ones’ souls back.

On the other hand, the British Museum has been faced with backlash for their lack of initiative in repatriating. The museum houses several wonders of the world; The Rosetta Stone from Memphis, Egypt, Ankan Drum from Ghana, Nigeria’s Benin Bronzes, China’s Summer Palace, Parthenon Marbles from Greece, the list goes on.

Sabadell states, “I do believe that artifacts that are not returned should specifically state whether they were stolen (where they came from and peoples it belonged to), donated (who donated it), loaned (who loaned it and what other places the artifacts were loaned to), etc.”

Someone who doesn’t agree would argue that repatriation limits cultural interaction and opportunity for people around the world to experience the artifacts. However, it doesn’t make sense for a museum to house and withhold certain communities/countries around the world from withholding their own culture just for the educational sake of a group of people. Someone could also argue that returning artifacts to countries that have unstable governments or societies could put that artifact in danger of destruction. The issue with that is having a savior complex over those countries. Unless it is presently clear that the artifacts would be in danger then they should be returned.