Halsey: A disgrace to the music industry 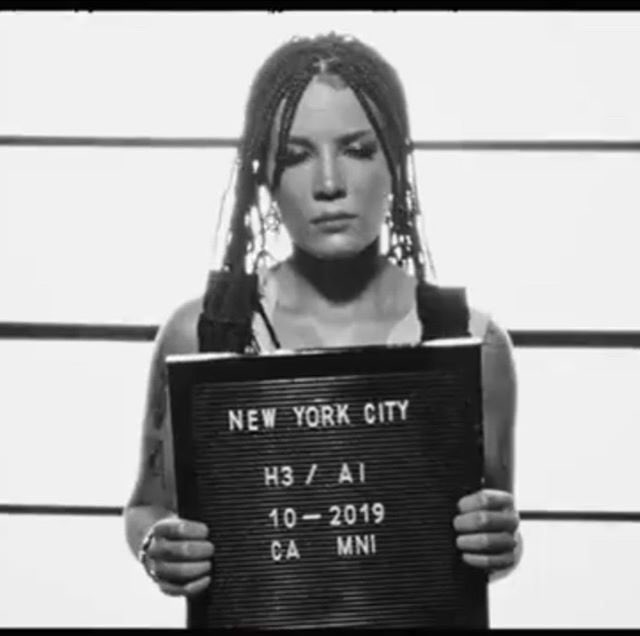 Ashley Nicolette Frangipane, better known by her stage name Halsey, might be the most bland and generic female artist since Katy Perry or Demi Lovato. She rose to fame around 2015, first appearing as a featured artist for many popular artists. Halsey tends to revolve around pretentious, “edgy” pop music.

Since her breakout album “Badlands” released in 2015, she has garnered millions of young, impressionable fans at an international level, her target demographic being teen girls around ages 13-17. This may possibly be because of her unapologetic vulgar actions and outspoken personality, (which tends to resonate with angsty, teen girls.) At a pre-Superbowl concert in 2020, a fan yelled out “G-Eazy” (an ex-boyfriend’s name), to which Halsey responded; “If you say G-Eazy one more f***ing time, I will kick you out this building,” as can be heard in a fan shared video.

Admittedly, “Badlands” is not exactly the worst album to ever exist, but as Halsey rose to fame, her music seems to have gotten more and more unbearable to listen to. The problem with Halsey begins through her seemingly forced individuality, meaning she tries to appeal to a certain audience through a charade of bitterness. Much of Halsey’s success comes from featuring bigger artists’ songs, such as “Closer” by The Chainsmokers, which shockingly retained the #1 position on Billboard Top 100 for 12 consecutive weeks in July 2016.

It makes sense that Halsey seems to be a go-to feature because no singer wants to be outshined by their featured artist, and Halsey’s voice and style are about as basic as it gets. Her raspy, guttural voice is reminiscent of fingernails screeching across a chalkboard.

Many believe Halsey achieved popularity by leeching off the fame of Australian boy band 5 Seconds Of Summer when she dated it’s drummer Ashton Irwin. 5SOS also toured with One Direction for two years, which Halsey seemed to have forced a connection with in order to increase her social presence.

Halsey is known for being extremely open with her fans about very personal aspects of her life, including her struggles with sexual abuse and suicide. That being said, I do believe it is very noble and brave of her to speak out about such important topics, but not quite to the extent she takes them. In many interviews, Halsey seems to get a little too personal with details, to the point where comprehension becomes foggy. She told Rolling Stone that in high school someone broke into her locker during gym class and stole a topless photo of her intended for her boyfriend at the time. The picture then got passed around the school, as is unfortunately often the case. She also opened up about many other controversial subjects. In an interview with Rolling Stone, she revealed that she had a miscarriage in her hotel room right before a show, and was not in the slightest upset about the loss. She was soon met with immense backlash from fans, understandably so. For sharing such a deeply personal thing that makes fans unsure of how to feel.

Recently, Halsey released her 3rd studio album titled Manic. Summed up, it is every teen girl’s emo phase put into music. Off that album, the songs “Nightmare,” “Graveyard”, and “You Should Be Sad” (which happen to be the most successful songs off the album), are extremely telling of her wannabe rebellious persona, hence the titles.

She also has been found multiple times to have copied lyrics from other artists’ songs. In her song “Colors” she copies some lyrics off of Taylor Swift’s song “Red.”

Overall, Halsey seems to lack self-awareness when it comes to her transition from being a normal person to a pop sensation, often not recognizing when she has gone too far in the eyes of the media. Eventually, this fatal flaw could result in the loss of her fan base and becoming a resented, infamous singer.