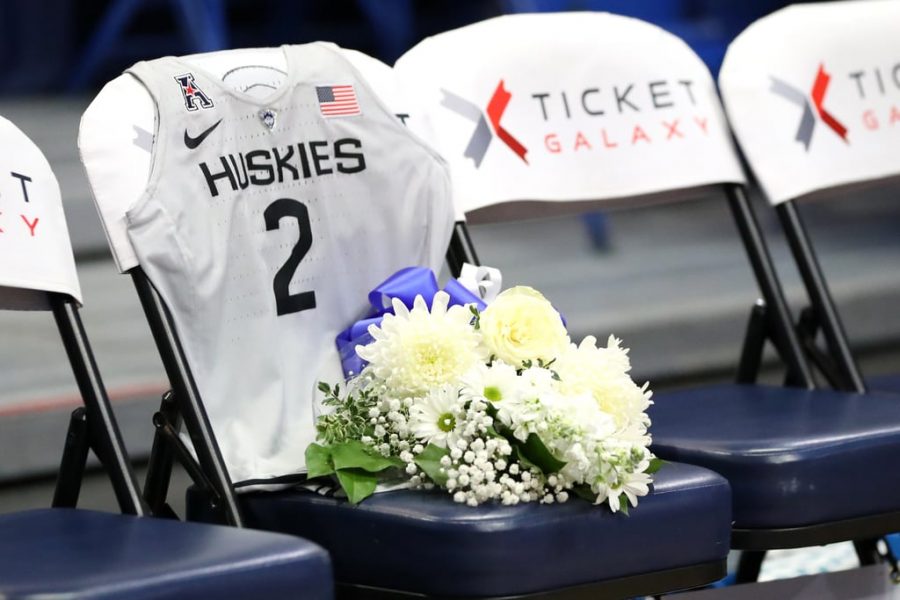 On January 26, 2020, a helicopter carrying Kobe Bryant and eight other people went down and crashed in Calabasas, California. It killed everyone on board, including Kobe and his daughter Gianna. When the news came out, the world was struck with sadness as the franchise player and his daughter were pronounced dead that gloomy Sunday with their legacy left behind.

Many people remembered and honored Kobe Bryant, who was a pioneer for the sport of basketball. He played 20 years in the NBA, all for the Los Angeles Lakers, while earning 18 All-Star appearances, 5 championship rings, an MVP award and 2 finals MVP awards according to basketball reference. He also currently sits in 4th place in all time points scored with 33,643 points in his career.

Gianna played at the Mamba Sports Academy wearing the number 2 proudly, and her skill was growing. According to an article on cheatsheet.com, Kobe was confident that Gianna would be the future of the Bryant family, and Gianna was too. He was so confident that he trademarked the nickname “Mambacita” for his daughter, after his nickname on the court, the Black Mamba.

In an interview with Jimmy Kimmel, Kobe said, “Fans will come up to me and [Gianna] will be standing next to me and they’ll be like, ‘Man, you got to have a boy, someone to carry on the tradition, the legacy!’ and she’s like ‘Oy, I got this!” Gianna always wanted to play the game of basketball. Gigi and her dad would go to many games together, such as UConn women’s basketball games, and Gigi would watch her dad when he was still playing. She even dreamed of playing college ball for UConn and going on to be a WNBA star some day.

On January 27, the day after the crash, Gianna was honored by the very school she dreamed of playing for. UConn made her a special Huskies jersey with her Number 2 on it and draped it over a courtside chair with flowers, shown in the picture above, in Gigi’s honor. It was that single crash that resulted in an extremely morose weekend for the world of basketball.