The American Dream; A mere fragment of memory 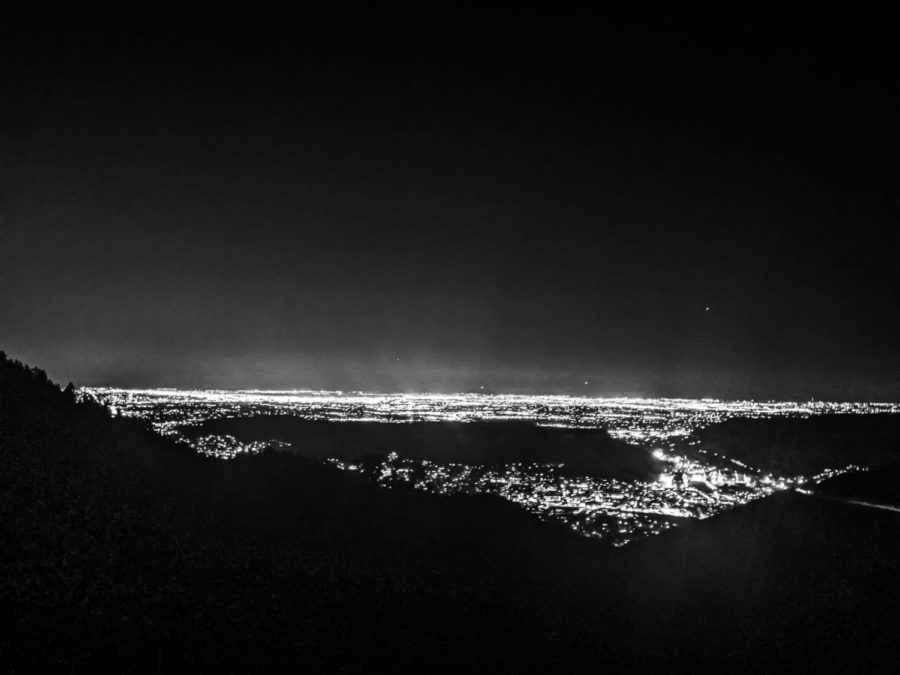 The beauty of America still exists, but the dreams associated with it do not.

America is a country built on the sturdy pillars of democracy, and capitalism. This has always been a country where the best and the brightest can become shining stars in a blackened world. Where the lowest of the low can always reach just a little bit further, try just a bit harder and one day make it to greatness. Or some would have you believe anyway.

The American dream is an ideology that is hammered into our brains from the time we are able to comprehend the words. We have been told all our lives that hard work and dedication leads to great success. That we are in fact blessed to be living in a country where anybody can be anything.

This, however, is no longer the case. After what is close to 225 years of possessing this ideology, there comes a point, when it becomes outdated. Like everything else (except for twinkies) the American dream has its shelf life. We are living in a country that no longer welcomes people from all walks of life. That no longer wants everyone from around the globe to come here and make it big. We live in a country where the President no longer wants being born in America to make you a citizen. Where acts like the Immigration Act of 1924 are put in place. Where there is a very clear difference between the income of immigrant families and that of American-born families. We live in an American society built not only on democracy and capitalism but division as well.

Since the inception of this great nation, any person born within the borders of this country has been automatically made a citizen of the United States. In 2018, President Trump attempted to change this. He disagreed with the idea of being born in America automatically making you an American. On the topic of birthright citizenship in the United States, President Trump said this in October of 2018,

“We’re the only country in the world where a person comes in and has a baby, and the baby is essentially a citizen of the United States for 85 years, with all of those benefits” (Paul LeBlanc, Cnn).

The President continued on saying that this idea of birthright citizenship was ridiculous and had to end. In a country where our President does not want people born here to have citizenship, it cannot be argued that everyone has a chance of success. If we live in a country so opposed to outsiders and growth, and change, the American dream has to be considered dead along with common human decency. This is not the country of great ideas and dreams it once was.

The American dream, as an ideology, focuses on success in this country that was shaped in this country’s youth; where everything had yet to be explored and truly established. Anyone from around the world could come here and make a life for themselves. But as we grew out of our infancy and into this country’s adolescence, we lost that ability.

A big shift in this ideology and the pursuit of it changed in 1924 when the Immigration Act of 1924 was passed. This essentially restricted the number of people that could come into the country based on a national origins quota. So only two percent of the total number of people of each nationality in the country could enter the United States.

This restriction changed something, something in the heart of this country. We stopped being a haven. A place to come when nowhere else in the world would accept you. It was once the country to fulfill your dreams, but with this change, it became a country in your dreams. No longer something everyone could attain.

So we go back to our roots. Looking for some sort of reason as to why we have these issues. These issues with this country do not only stem from our incessant need to remain closed off and exclusive. The American dream promises success. So while it is harder to get into this country, some people will say that that is not what the American dream is about. That it is about being able to find great success and unmatched opportunities when you do make it here. But this is also not true at all.

This nation offers better opportunities and greater successes to those who are already born in its arms and in its good graces. And we live in a country where being in good graces requires you to be born in the middle class with successful parents. So not only does your family have to be perfect, you also have to be born with white skin instead of black or brown. Because in this country, it is all too clear who is favored.

Senior Addison Page, president of Speech and Debate says that to her the American dream is, “working hard and achieving goals”, but that this is, “Highly subjective because that’s not everyone’s version of the American Dream”. For students in high school aspiring to success is all they can do. All current students can do is dream, but today the dream is more isolated. Page adds that, “The connotation of the American dream is outdated. It’s evolved to be more personal”, and now just like everything else in this country this dream is divided. There is no longer a collective ideal to hang on to.

This used to be a country of shining golden cities, and people shining even brighter. It is true that this country was a place where any person in the world could be anyone they wanted. This is sadly no longer true. This country is far too divided and far too arrogant for this ideology to hold true any longer.

We have progressed into a country that is the most progressive, least progressive, convoluted mess of confusion, and love, and hate, and anger, and joy in the entire world. We are a country that can give you opportunities. That can give you success. But it is not meant for everyone like it once was. It is not something to be shared with the entire globe any longer. Because just like every other precious resource on this planet, the gifts this country has to offer are very limited. We are past the booming age of gold and oil. The age of brilliant stars shining in the dark and ever-changing world. We live no longer in the age of dreams.